Hear from the Lockdown League MVP's 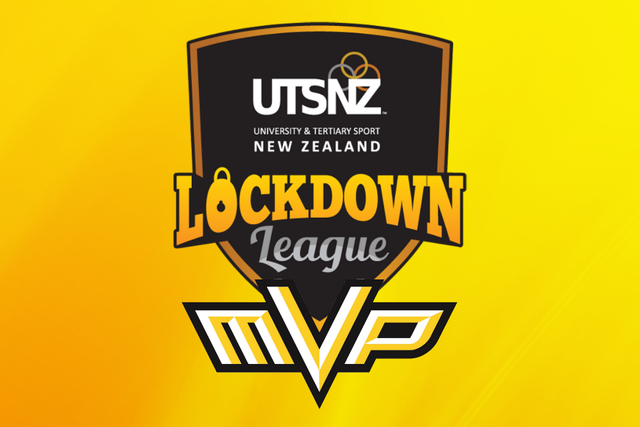 Earlier this week we sat down (virtually) to chat with the recently-announced MVP’s of the Lockdown League – Ben Bowie from Lincoln University and Shannon Trebes from the University of Waikato. Ben was chatting to us from his flat in Christchurch and Shannon was in her room at one of the halls of residence on campus in Hamilton. Here’s what happened:

Firstly, congratulations! How does it feel to be named the first, and hopefully only, MVPs of the Lockdown League?

Ben: Yeah it’s pretty cool! There were quite a few people who entered with some creative stuff so it was a good feeling.

Shannon: It feels pretty good! It was just a whole lot of fun so I’m happy with the outcome.

Ben, you liked to get into the editing room and put a bit of a spin on your videos so what inspired the creativity in your entries?

Ben: I thought it provided a bit of a difference from other people’s videos. My flatmate Jayden’s pretty good at editing so he jumped onboard and used his skills as well. So it was just a point of difference I guess, something to make them stand out a bit more.

Shannon, for the hockey challenge you made a hockey stick from scratch. That’s an amazing achievement in itself – what compelled you to get that creative?

Shannon: I really wanted to enter all of the challenges and I didn’t have a hockey stick. When you guys posted the schedule of upcoming sports I had a couple of days in advance to prepare for it and I thought, what can I do to make this more realistic and even more of a challenge? So I asked Dad if he had a plank of wood which he did, and he had all the tools so I was able to make one up.

What was your favourite skill challenge and why?

Shannon: I would say the hockey challenge because of all the effort that I did put into it, but I probably enjoyed the football challenge the most because that’s my sport and that’s what I like to do. I found the golf challenge quite difficult. I hit a fair few balls before I finally got one in which is what caused the reaction! It was good though, totally worth it.

You both ran in the virtual 5k race that was facilitated by Athletics NZ – are you much of a runner usually?

Ben: Umm, not really other than basketball that keeps me fit but no, I’m not a big runner so it was pretty challenging.

Shannon: I am not much of a runner at all! But you’ve just got to get out there – Dad actually made us go for a run once and it happened to be longer than 5k so I just entered that time in. Dad’s not a runner though, he just makes us do it!

Did the league help distract you during the time we were in full lockdown?

Ben: Yeah, the first few weeks were getting a bit repetitive and so this helped me to do something a bit different and get outside. So it was a good way to keep me distracted and the editing took a bit longer as well.

Shannon: Definitely. At home we had really bad Wi-Fi, so I was a bit stressed out with all my university work and how I was going to get that done. So to have a new sport challenge every week was really helpful.

What or who encouraged you to participate in the Lockdown League?

Ben: Not only competing against other Uni’s but also with the other Lincoln guys and girls. Hoani Smith was a real big driver in that and helped keep it competitive within our team as well. But yeah, just a bit of fun and to keep busy.

Shannon: My futsal team sent out a link to it and I thought why not, it will be a bit of fun. So the futsal team sent it out and then I tried to get my sister involved too because she’s studying at Waikato too.

Lincoln took out the overall title so Ben, is there any insight or tactics you can uncover now that it’s over?

Ben: Well obviously we’re the smallest Uni but I think we’re one of the closest and a lot of us know each other. With the scholarship programme a lot of the athletes are pretty close with one another so that really helps. And then the staff – Hoani and the strength and conditioning team – they back us all and I think that really helps the students.

What sports do you guys play and are you looking forward to getting back into playing properly again?

Ben: Basketball is my main sport and hopefully the club competition will be starting up again mid-June. Once we got out of lockdown I got into playing a little bit of tennis so I might have to keep that going.

Shannon: Definitely, definitely, so much! I play football and a bit of futsal here and there but primarily football. I enjoy all sports but football takes up all of my time basically. Still a bit unsure when club games will resume but we’re getting back into training now so hopefully that continues.

Is there anyone you want to make a shout out to?

Ben: Hoani and the Lincoln staff for backing us and getting everyone to participate. Jayden the video editor as well, and UTSNZ for running it – it was awesome!

Shannon: Just to everyone who supported the University of Waikato and me in the videos and challenges.

Thanks again for taking the time to chat with us, we can’t wait to see your entries for the Trans-Tasman challenges!

Check out their MVP highlights videos: