UTSNZ have a number of awards that are presented both annually and at each event to recognise outstanding performance and results. 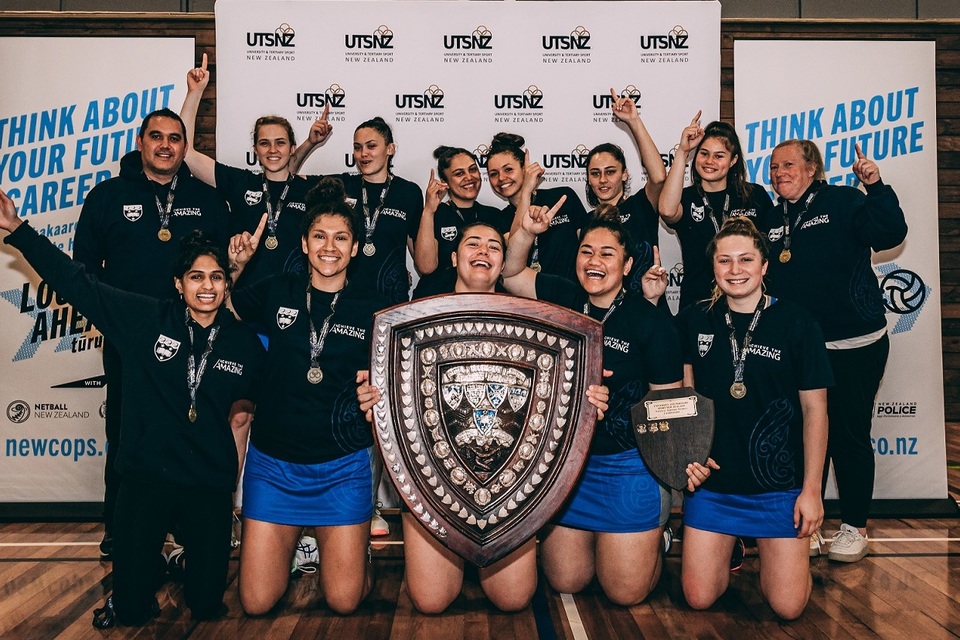 Awarded to the university with the greatest championship points total of each calendar year. The announcement and presentation of 'the Shield' to the UTSNZ Overall University Champion is made at the last calendar event of the year.

Championship Medals are awarded at all UTSNZ national sporting events and championships to individual athletes and/or teams placing in the top three.

National Tertiary Spirit Medals are awarded to one team at each UTSNZ National Tertiary Championship as decided by the participants of that event. They recognise the team that has displayed the best sportsmanship and captured the spirit of the event. Voting parties include participating teams, event officials and volunteers.

The National Tertiary Spirit Champion award recognises the tertiary institution that has shown the best sportsmanship and captured the spirit of the national championship events over the course of the calendar year. Institutions receive overall spirit points that are determined by their team's spirit performance at each event, and the trophy is awarded at the final event of the year to the institution with the most overall spirit points.

For some UTSNZ National Tertiary Championship events a tournament team may be selected. Selections recognise outstanding individual performance during the championship. The announcement of Tournament Teams is made at the medal ceremony on completion of the competition. Where specified, these teams may have the opportunity to represent New Zealand at World University Championships and/or other selection events.

Historically, the former university sport entity University Sport New Zealand,
acknowledged and celebrated the commitment and achievements of university students in their chosen sporting endeavor through the National Blues Awards.

The "Blue" was a prestigious award for excellence in sport and recognised national excellence through to world champions. A sporting "Blue" was something that students were extremely proud to receive and something that could be used in job applications and resumes to show commitment and dedication.

Currently NZ universities continue to run their own regional Blues Awards and more information on these (including criteria) can be found by contacting the specific University directly.

National level Blues Awards ceased in 2011. University and Tertiary Sport NZ, established in 2016, has however now taken over ownership and the IP associated with the national level awards and a full review of the former programme is pending.

Further information on any reinstatement of the National Blues Awards will be communicated if and as developed.