Shield Points per National Tertiary Championship Event are awarded to all member teams and accumulated as per the UTSNZ Points Policy.

2020 results to be updated as played. 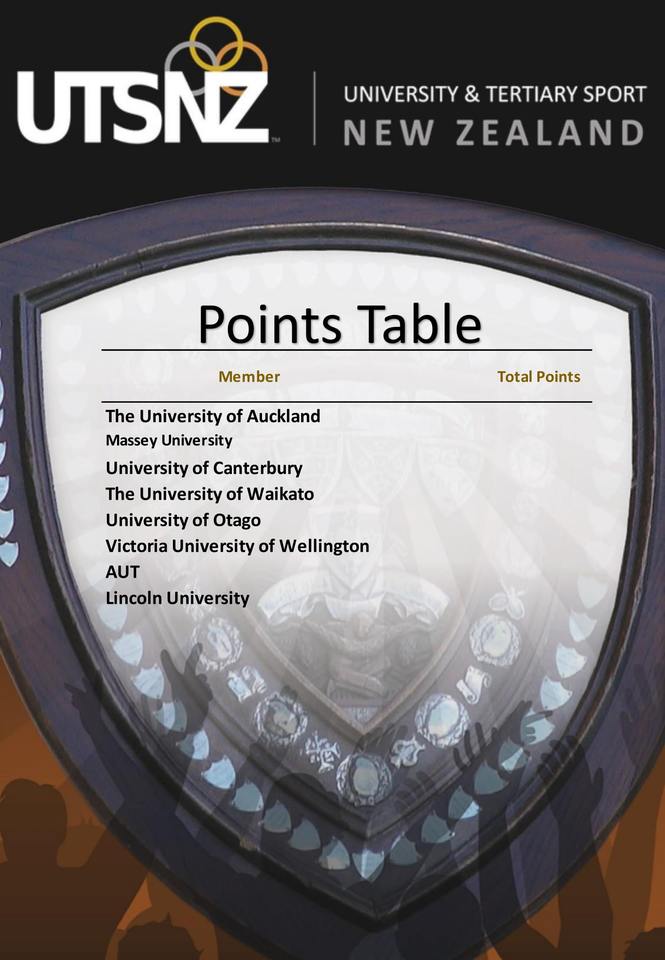