The Role of the SAC

The UTSNZ Student Athlete Commission aims to allow the voice of the student-athlete to be effectively communicated with the organisation. It provides advice to the UTSNZ Executive about issues of student sport participation and achievement, and the development of UTSNZ. The Commission also helps to build awareness of UTSNZ within member students groups and to implement student-focused initiatives.

The University and Tertiary Sport NZ Student Athlete Commission comprises of up to 11 member students. These students are: 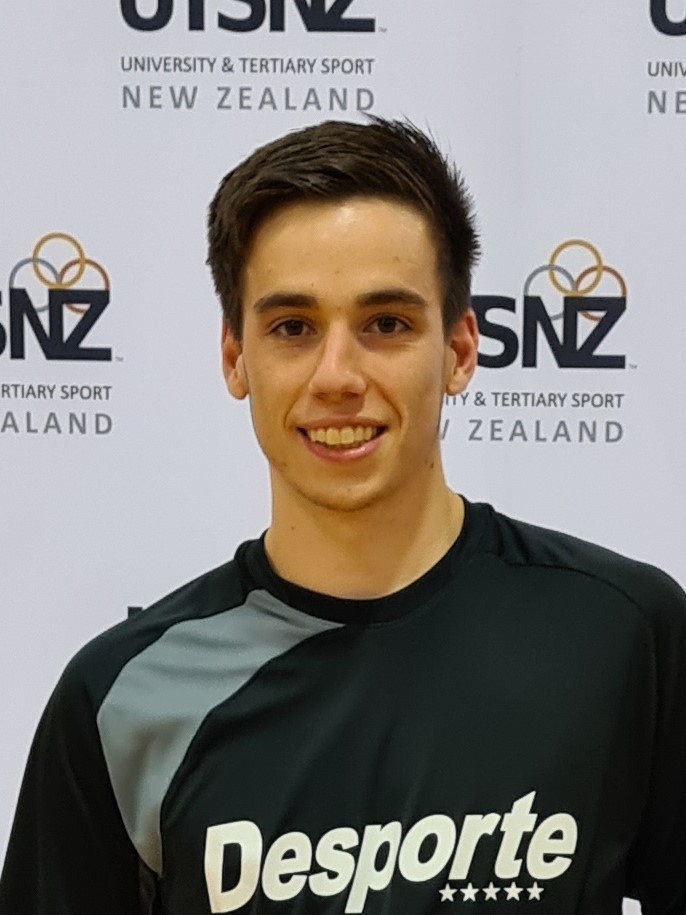 Hemi is in his fourth year of studies doing a Bachelor of Laws and Bachelor of Science, Majoring in Geography at the University of Canterbury. Hemi's goal  is to one day be an environmental lawyer. From Christchurch, Hemi has a passion for futsal and also enjoys playing football. Both sports have given Hemi opportunities to travel the world. Other interests include working out and surfing down at the local beach.

Hemi was part of the UC Futsal team that finished Runners Up at the 2021 National Tertiary Futsal Championships and was awarded the prestigious Golden Boot award. Hemi has also been selected in the NZ Futsal Whites Squad for 2021, as well as the NZ Māori Football Squad.  Performing at this top level in sport and balancing studies with sport commitments has been identified by Hemi as one of his greatest achievements to date, and most enjoyable challenges. "Thankfully sport is my escape and provides for the best headspace away from studies" expIains Hemi.

Hemi is most excited about being involved with SAC to connect and work alongside other like minded people who enjoy sports and who wish to make a change for other students. 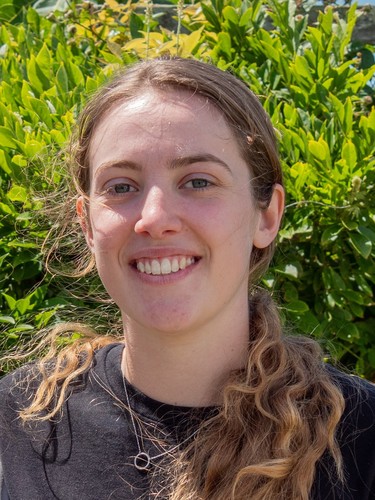 Anna-Leigh finished her undergraduate degree in plant science in 2020 and has now started a masters at Massey University.

Anna has played football and cricket her whole life, loving the fitness and friends that accompany these team sports. Sport has taken her around the country for numerous tournaments and even to Australia. Futsal was introduced to her at university and since then she has joined the Futsal committee and is actively involved in organising and refereeing. She competed in the 2019 and 2021 Futsal Tertiary Championships and also plays in the Massey Women’s Football first team, which provides an excellent stress reliever and escape from university work.

Anna believes Massey University has an amazing sporting culture with a good balance of social and competitive opportunities. She is excited to be part of the SAC team, is looking forward to working with other like-minded people and is grateful to be given the opportunity to voice the sporting opinions of those around her. 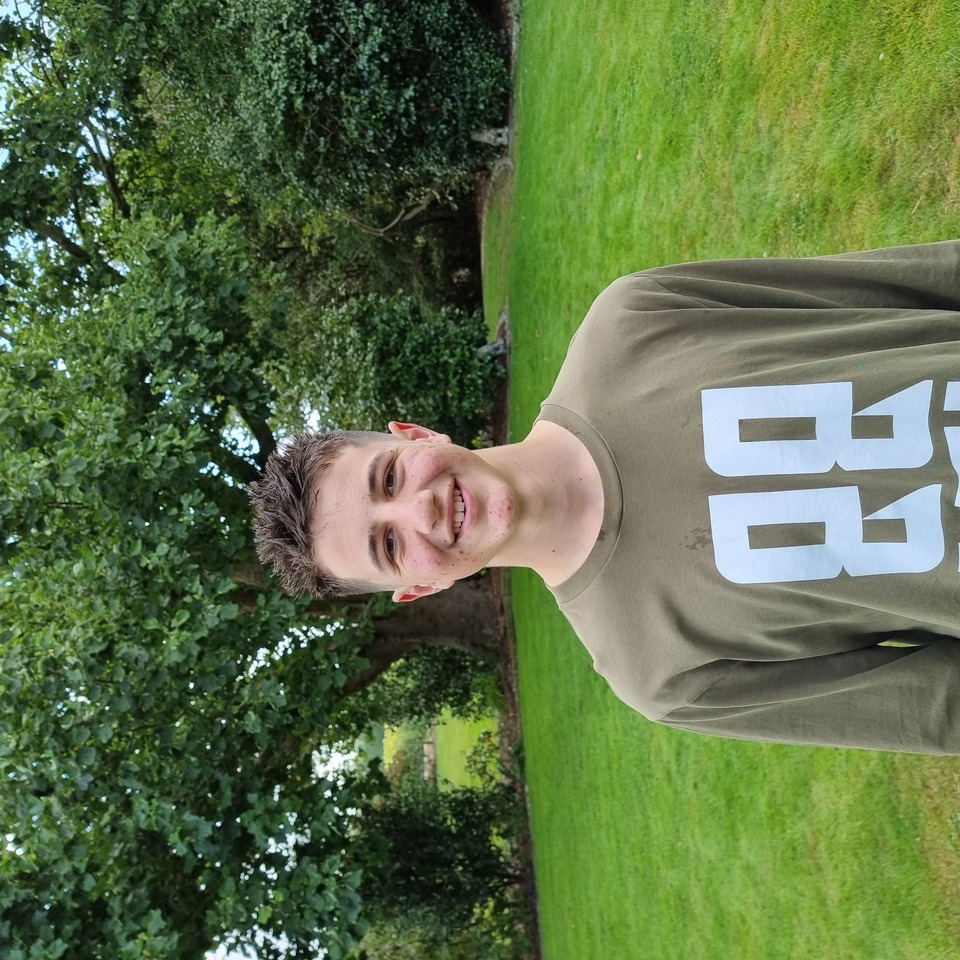 A Lincoln Sports Scholar, Jonty also has ambitions as a Rugby Referee with the goal to take his officiating to the professional level.

Jonty played a lot of different sports growing up including cricket, rugby, tennis, rowing and rugby.

With a real passion for rugby, Jonty recognised the opportunities available to him through refereeing and decided to take up the whistle at around 15 years old.

Currently Jonty is enjoying being able to combine his studies and his passion for sport at a university where sport is valued, thriving and deemed an important part of the student experience and university life. The environment at LU is enabling Jonty to be at his best as he believes that physical activity and sport are a hugely important part of wellbeing and health, and a great way to challenge yourself and meet new people. 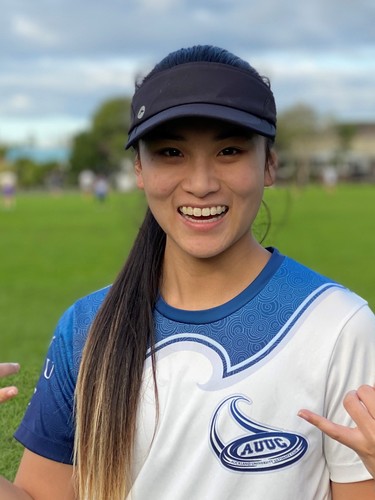 Priscilla is in her 5th year of university majoring in Psychology. She started off playing badminton competitively at high school and then took up Ultimate Frisbee as her main sport in first year because the university club didnt have enough female players. It was then straight to the UTSNZ National Tertiary Ultimate Championship.

Since then Priscilla has played in all divisions of the Auckland University Ultimate Club (AUUC), from starting off as a beginner to playing for both the second premier team and top team. She is now also an executive member for AUUC advocating for women in Ultimate and finding new ways to promote the sport to female players. 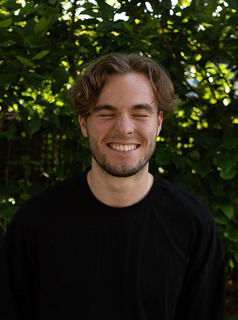 Jack is a first-year student at AUT studying a Bachelor of Health Science majoring in Physiotherapy, with the hope of one day strapping the knee of the next Richie McCaw.

Jack has not been studying at AUT long but has already involved himself in basketball and volleyball, earning himself a bronze medal at his first tournament away at the 2021 National Tertiary Volleyball Championship.

Jack plans to continue playing volleyball at AUT and is looking forward to getting involved with other sports too. Volleyball has always been Jack’s strongest sport, competing at the highest level through high school and earning bronze medals at both Auckland and National Volleyball tournaments, but  he has played competitive rugby for 10 years also.

Being able to compete again at a national level - this time for his univeristy - has re-ignited Jack’s enthusiasm for sports and meeting new people and he hopes to stick around and make a positive impact on the sporting community in AUT for years to come. 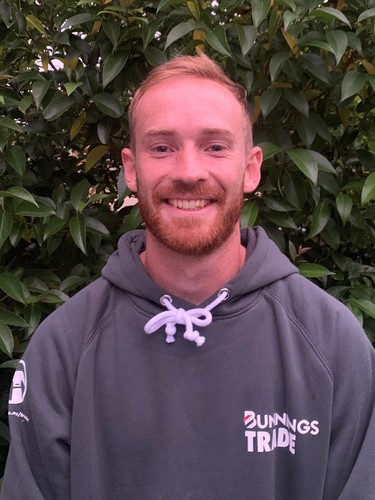 Blake is moving into his second year of a Bachelor of Health Sport and Human Performance at the University of Waikato, with the hopes of one-day becoming a high-performance coach.

Growing up in Tauranga and Rotorua, Blake spent much of his early years playing football. He then took up volleyball and now competes for the Hamilton Huskies as a setter. Blake was also a member of the University of Waikato men's volleyball team that participated in the 2021 National Tertiary Volleyball Championship.

Blake enjoys mixing sport and university, this allowing him to experience new and different opportunities, as well as providing the chance to meet new people and enjoy good competition.

Blake is a people-person who enjoys networking, so he is looking forward the opportunities that this role will provide alongside completing his studies. 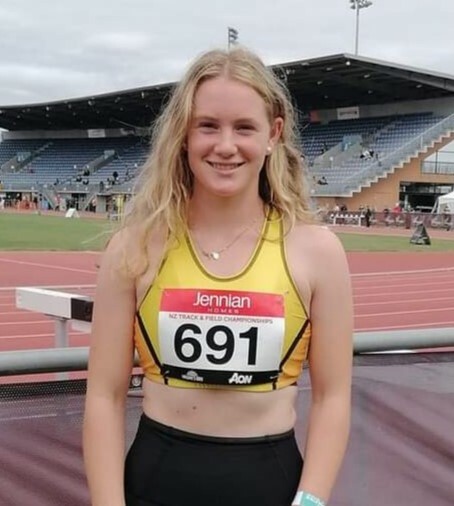 Sport has always been a large part of April's life. From tennis to ice hockey, playing a range of sports growing up April had lots of opportunity to find her passion. In her younger years hockey was April's primary sport and whilst no longer playing she is still heavily involved with umpiring.

Now a 400m hurdler, April’s current sporting focus is in Athletics. Starting athletics at the age of 10, she has been specialising in hurdles for the last 3 years, coached by former Commonwealth Games hurdler Wayne Andrews-Paul. In the future she is hoping to qualify for the world university games and maybe get a national title under her belt.

Balancing sport and university is a challenge but one she is enjoying. April is a highly determined person and loves getting involved with many things. She can’t wait to see what experiences and challenges the SAC is going to bring. 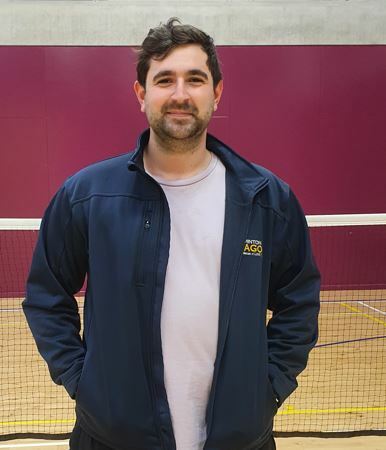 Gabe is a second-year student at the University of Otago studying a Bachelor of Science majoring in Sports Development & Management, with the aspiration of working in a community or event management role in a national sports organisation.

Gabe grew up as many kiwi kids did, trying out a wide range of sports from rugby to lawn bowls. While he started off competing in swimming, he found his true passion in badminton towards the end of high school. He reached a ranking of 22 in the country for men's doubles and made one of the wellington senior representative teams before he unfortunately suffered a series of knee injuries that kept him from competing. This didn't deter Gabe's involvement in the sport however, as he took on various coaching and management roles, becoming the president & head coach at the Otago Campus Badminton Club, manager & coach for the Otago UTSNZ Badminton teams and joined the Otago Badminton Association as the campus representative.

Gabe is excited to see what opportunities and people he can meet through SAC while growing and supporting the voice and aspirations of Otago university student athletes.