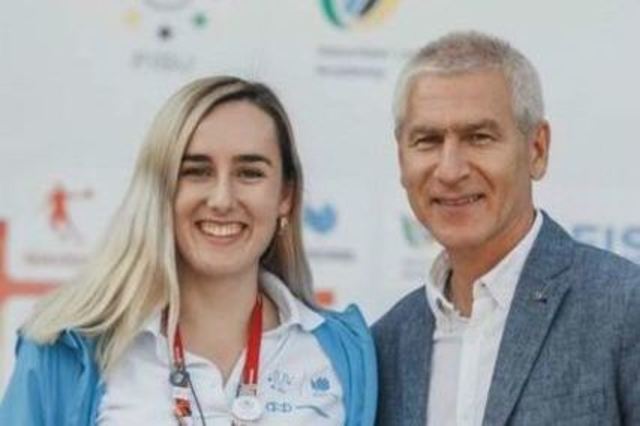 After two and a half days of travel and pretty much no sleep, it’s safe to say I was more than happy (despite also being a little nervous) to arrive in Kazan, Russia for the 2019 FISU Volunteer Leaders Academy.

The journey to Russia was hectic, exhausting and exciting - but the real journey was only just the beginning of what was a whirlwind of a time.

On arrival, I felt like I had stepped into a whole other world with Russia being mind-blowingly massive and the people intense - not unlike how Kiwis can be about Rugby!

Following our arrival and pick up from Kazan airport, we were quickly thrown into the 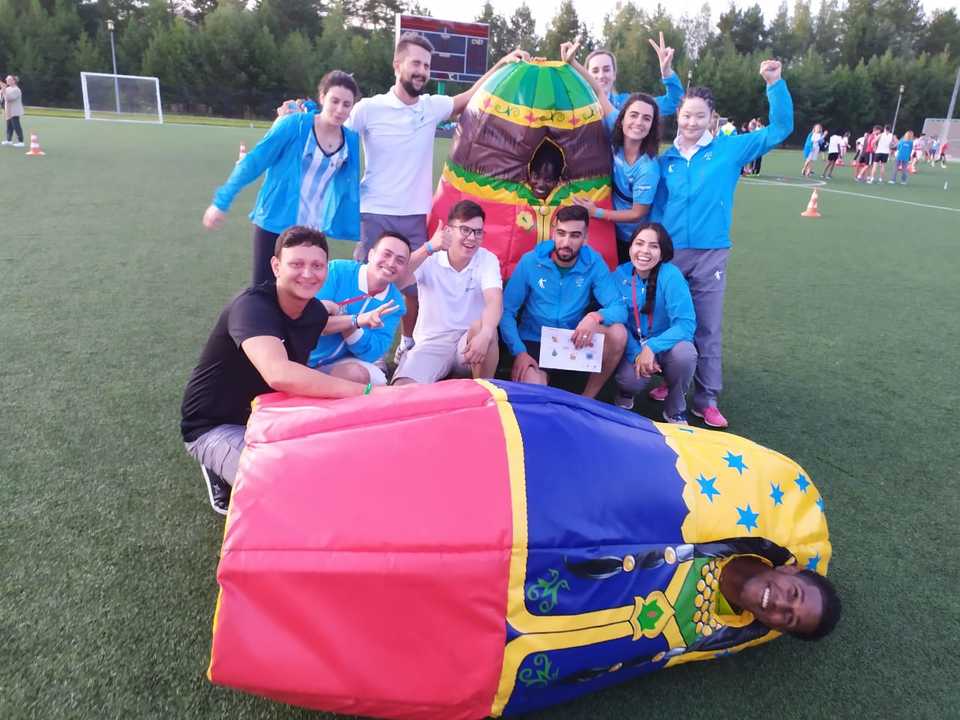 usual ice breaker type activities alongside representatives from over 80 other continental and national university sports federations (NUSFs). There were a few other crazier activities as well - like running around in a massive Matryoshka doll suit. I will say as a tall person I was advantaged, but oh boy, getting out of that suit was a nightmare.

We were then split into the teams that we would be working with during the Academy and after a bit more team bonding, we began our lectures and were briefed on the projects we would be working on throughout the week. We learned that projects were to be centred around concepts and planning for 12 of the World University Championship events taking place in 2020.

The next day started with the official Opening Ceremony, which was a beautiful display of people from around the world sharing their traditions and culture. This was a great way to continue being introduced to everyone, as well as an opportunity to celebrate how amazing it was that we had all travelled from so far (or near in some cases - lucky buggers!), coming together to share our experiences and learn from others.

Once we began the educational part of the programme, we got stuck into our projects. My team was assigned the task of planning and outlining a WUC Volunteer Programme for the 2020 Rugby 7's in Argentina. This included identifying all the different areas where volunteer support would be needed, how many volunteers would be required, the scope of their roles etc. We also tried to plan out the shift times for volunteers to work, what benefits they would receive for volunteering at the event and how to recruit them. We quickly figured out there was a lot to take in and learn, and this would be a big task to achieve in one week!

Our schedule was jam packed with back to back activities and lectures from 7am until 10pm (working until 12am some nights on the project) and the task was challenging for many participants. For those from established NUSFs, the ability to influence as a student 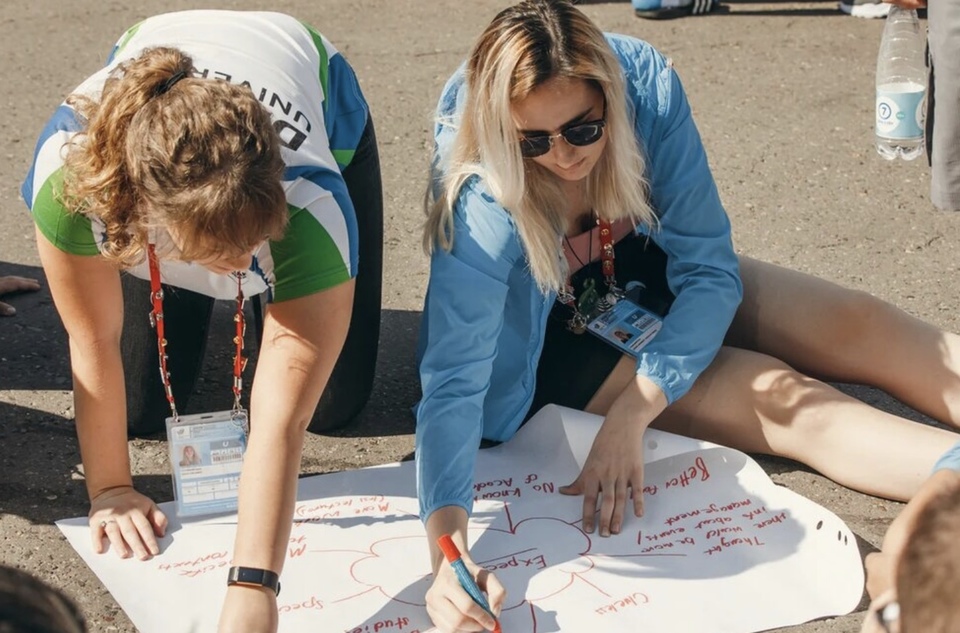 was seen as difficult and for others from very small and/or developing NUSFs it was difficult also as it was felt their country would unlikely have the resource to achieve the project goals. This resulted in some very passionate, heated (and sometimes very entertaining) discussion and debate. To me this was great, as I believe it is important to be critical of what you learn and try to make it apply to the context of your country. But it also showed how open everyone was at the academy to discuss and learn from others.

Amongst all the chaos of preparing a volunteer programme for a World University Championship event and the rigorous schedule, through the academy’s educational programme I learnt a lot that could be applied back in New Zealand and by UTSNZ.

Whilst a World University Championship isn’t an event New Zealand will necessarily host soon, many of the principles of event planning (and concepts around developing a 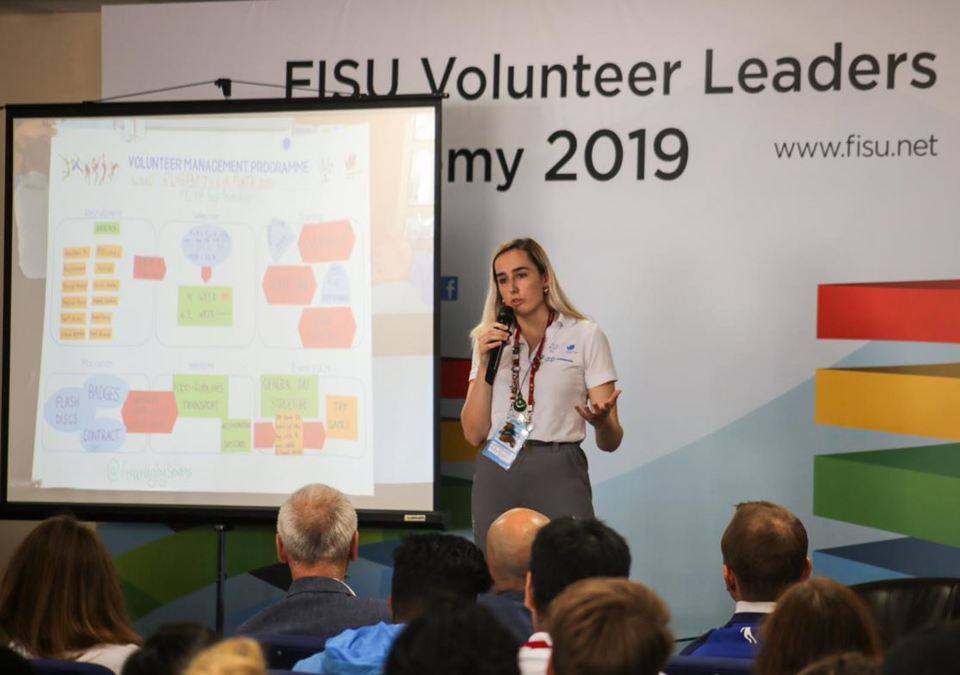 volunteer programme) that were discussed could be applied to our own national tertiary championship events. For example, the UTSNZ National Tertiary Championship events could be hosted by universities themselves (given they have the facilities) to help foster student engagement and potentially reduce costs. UTSNZ could continue to work with relevant national sporting organisations to deliver the events and make the events ‘more’ than just a competition.  More people present as ambassadors for the sport at a national level may also have benefits. All of this is pretty much underway for UTSNZ which shows we are moving in the right direction!

In addition to the educational programme at the Academy, we got to explore Kazan a bit 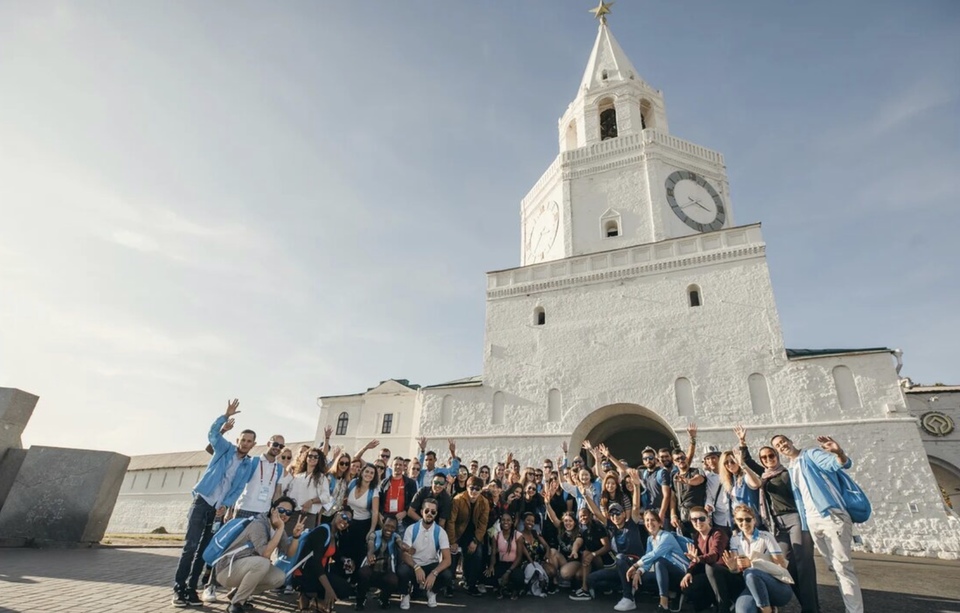 too. I did a bike ride around the local town and ventured down to the Volga river - a great way to explore. We also got to see the sights of the city on a bus tour and a big highlight was when we wandered around the Kazan Kremlin. It had beautiful city views and a lot of history associated with it. Soon after we went to the Kazan Pyramid and had our final evening together. My favourite part of the night was seeing the President of FISU dancing and showing us all up with his moves - incredible stuff. This dance feature in addition to the very entertaining daily dance schedule built into the programme (some people have what it takes, and some people just don’t... I will not comment on my skills on this element of the programme).  By this stage of the closing evening everyone was great friends, but the goodbyes were quickly approaching. People were beginning to leave to catch their flights and the end to a crazy week was upon us.

The next morning at 2am I began my journey home and celebrated by 22nd birthday on the plane (fantastic timing I know). To be honest I was just grateful to have had the opportunity to go to Russia and have a pretty cool, even though at times it was crazy, trip where I met amazing people from all around the world.

On reflection, the people and the connections were the highlight of the trip. To be the only person from NZ and meeting people from all around the world with a similar passion for sport, leadership and volunteering was incredible and uniting. I made friends I truly believe I will have for life. Being able to meet all these people and hear the stories of where they are from, what they have done, what they want to do, their take on opportunities and how they may look to overcome challenges in relation to university sport was eye opening and inspiring. It made me realise how young UTSNZ is and how well it is doing considering.

All in all, this was a great experience and I feel honoured to have been chosen to represent UTSNZ and to have learnt so much from the experience. I made some lifelong friends and have now been to a place I never thought I would in my life - a once in a lifetime opportunity! I will say in closing, one other thing I won’t forget is having to basically eat potatoes all week - a true Russian experience!

The FISU Volunteer Leaders Academy (FVLA) is an educational event that serves as a key part of the international sports and volunteering movement. Held in the Summer Universiade city of Kazan.
Facts and Figures:

Applications will be called for from UTSNZ anually in April/May.