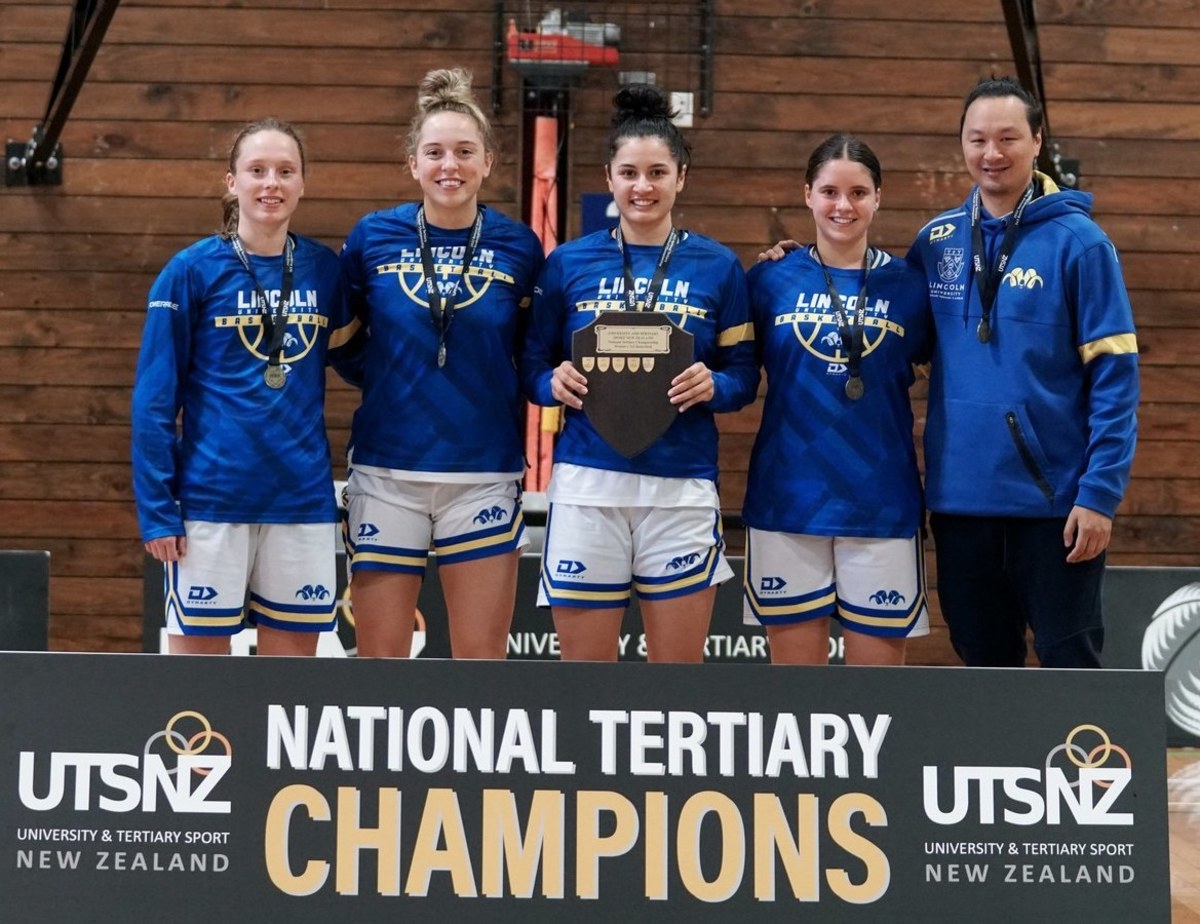 The top tertiary 3x3 talent from across the motu converged on Massey University in Palmerston North last weekend for the National Tertiary 3x3 Championship. All eight of New Zealand’s universities were represented in both the men’s and women’s tournaments which were streamed live on Sky Sport Next.

Lincoln University were seeded top in both tournaments and pool play proved those seedings accurate, both teams cruising through their three Pool A matches undefeated with the women looking particularly powerful. A combination of speed, strong shooting and suffocating defensive pressure saw them head to the quarter-finals with an average winning margin of 14.33 points.

Pool B in the men’s draw was a lot tighter as The University of Auckland, University of Canterbury and University of Waikato all finished on two wins and one loss, with the tie-breaker sorting them into that order. Their strong pool seemed to prepare them well for the quarter-finals however, with all three defeating their Pool A opposition to go through to the semi-finals alongside Lincoln.

The quarter-final round of the women’s tournament followed a similar pattern to the men, as three teams from Pool B progressed to the semi-finals. From there, previous form showed through as Lincoln University met the University of Otago women in the Grand Final, the former putting on an absolute clinic on both sides of the ball [SA1] to re-claim a title they’ve won three times previously. The final score of 21-6 was a fitting end to their weekend’s work, proving how dominant they remain and sending a warning message to the other universities ahead of the National Tertiary Basketball Championship in September.

It was a tense first few minutes as the teams traded points in the final, but Waikato slowly gained the upper hand thanks to some clutch two-point shooting from Jack McManaway and Daniel Dobson. Tanae Lavery kept Lincoln in the fight by attacking the hoop but in the end it was Te Maire van der Leden who sealed the title for the University of Waikato, hitting a free throw to take them to 21 and spark on and off-court celebrations.

The Victoria University of Wellington women’s team were voted the most spirited team of the tournament by all participating teams and officials, receiving the year’s first set of Spirit medals during the awards ceremony.

Special thanks go to our hosts Massey University and the events team from Basketball NZ for putting on an incredible event, and to the Palmerston North City Council and Sport Manawatu for their financial support through the Sports Event Partnership Fund.

You can check out full live stream coverage of both days here on Sky Sport Next, a full rundown of the event schedule and match results on Play.FIBA3x3, or visit BBNZ's recaps of Day 1 and Day 2.

For the updated overall UTSNZ shield and spirit standings visit our Results page.