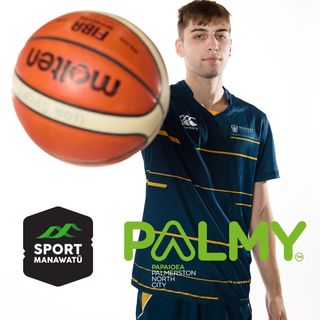 The agreement will see the best university sports teams in the country descend on Te Papa-i-Oea to battle it out for national supremacy in one championship sport each year, starting with the 2022 National Tertiary 3x3 tournament on the 14th and 15th of May.

UTSNZ exists to lead and enable New Zealand university and tertiary students to represent their tertiary institution in sport.

The organisation responsible for quality, competitive inter-tertiary sport has driven a renewed focus on the value, profile and delivery of tertiary sport in New Zealand, with the National Tertiary Championships firmly established as its flagship programme.

“UTSNZ, alongside its national sporting partners, is now delivering a competition structure that is recognised by students as a priority event and one which supports the aspirations of students whether as an athlete, coach, volunteer or sports administrator".

"More than that the events are creating opportunities not only to compete, but to connect, with students telling us that the inter-tertiary events are as much about social connectedness, identity and forming meaningful and lasting friendships, as they are about winning”, says UTSNZ Executive Director Sarah Anderson.

The National Tertiary 3x3 Championship scheduled for May will be played on campus at the Massey University Sport and Recreation Centre, with either the Central Energy Trust Arena or Massey University set to host subsequent championships in 2023 and 2024.

Sport Manawatu and the Palmerston North City Council look forward to working with UTSNZ in hosting an annual championship as part of the overall event series.

“We are excited to have the National Tertiary Championships in the City and look forward to working together to ensure this is an outstanding event for the participants”, says Sport Manawatu Chief Executive Officer, Trevor Shailer.

"The partnership is a great opportunity for the city and it’s a really good thing for Massey University too, as we are keen to play a role in delivering quality tertiary sport events".

UTSNZ thanks Sport Manawatu and the Palmerston North City Council for their support and looks forward to showcasing the vibrant city of Palmerston North as a place to visit, play and to study.

Details on the National Tertiary Championship calendar for 2022 can be found here.