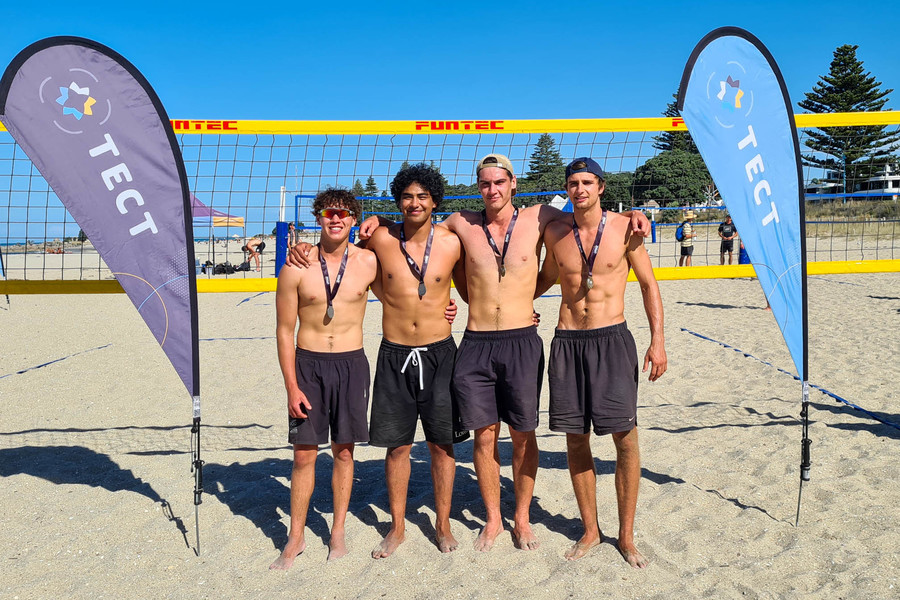 A record 20 teams took to the beach on Friday for the NZ Tertiary Beach Volleyball Championships which were held on Mount Maunganui's Main Beach. The event, which is run by Volleyball New Zealand, comprised of three divisions - Championship Women, Championship Men, and Open Women.

The first round of matches began at 9am in ideal conditions with the sun beaming down on the six courts in use. As the morning progressed and the pool matches wrapped up, the thermometers hit 28 degrees causing most athletes to put on a pair of socks to avoid burning their feet in the sand. While the wind threatened to cause havoc early on, it settled around midday leaving the afternoon's matches to be played in relatively still conditions.

Thanks to all of the university students and staff who attended, and Volleyball NZ for hosting an awesome event. You can see a full wrap-up of the results here and a photo album on our Facebook page.