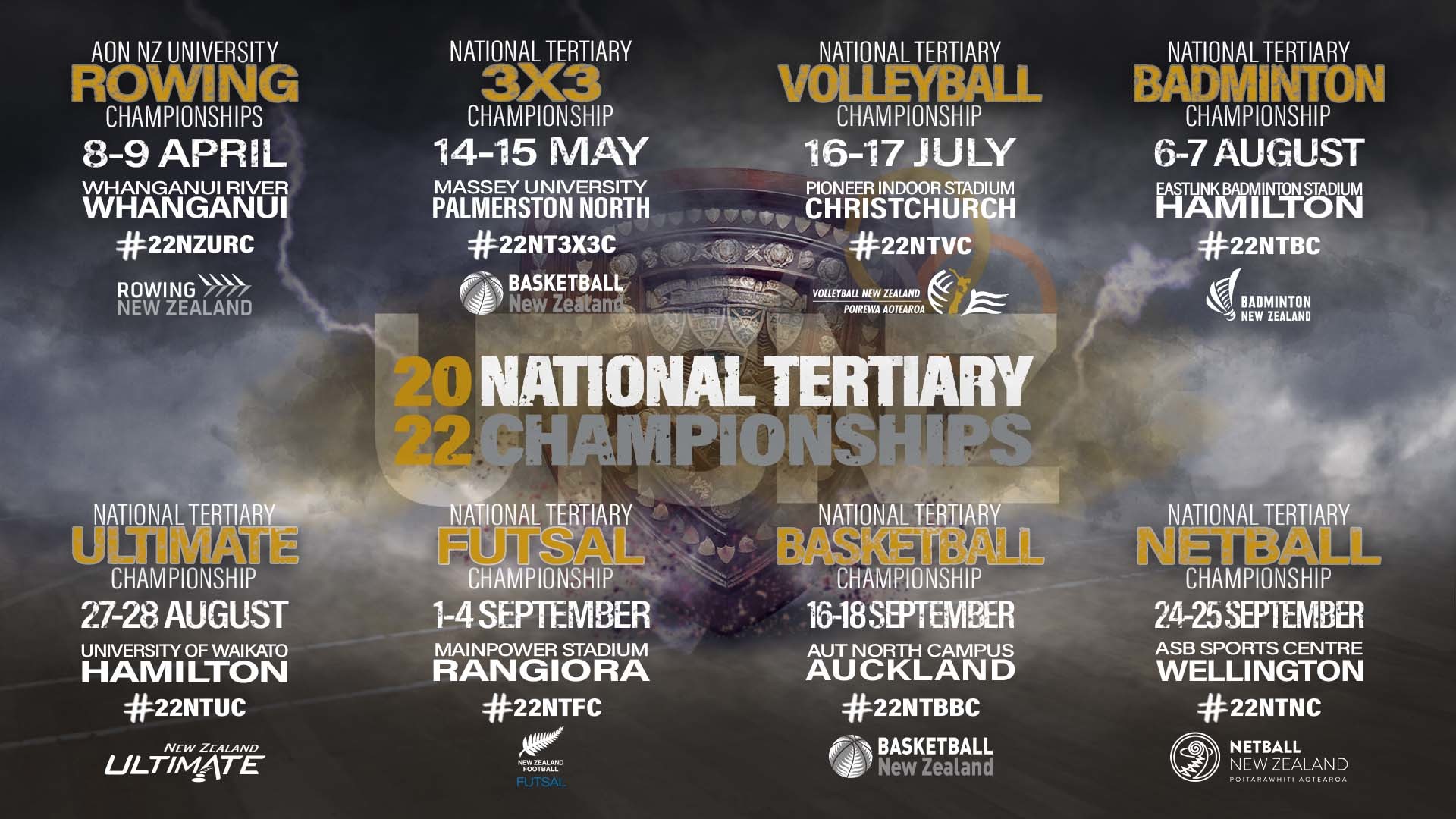 UTSNZ is excited to announce the details of the eight National Tertiary Championship events for 2022, with universities now planning their campaigns in the hope of lifting one of the major awards on the line next year. The calendar sees no change from the eight sports that were scheduled to be contested in 2021 which are set to bring together over 1200 students from across the country.

The year begins with the Aon New Zealand Rowing Championships in April, the largest event in the calendar which heads to the Whanganui River for the first time since 2015. The National Tertiary 3x3 Championship follows in May and is being held on campus at Massey University in Palmerston North. Volleyball retains its usual date and location in Christchurch in July, with the Badminton and Ultimate Championships both being held in Hamilton in August, the first events in Kirikiriroa since 2018.

The biggest change in the calendar is the move of the National Tertiary Futsal Championship from April to September with the event heading to MainPower Stadium in Canterbury's Rangiora, a new indoor multisport facility that opened its doors in August. The calendar then wraps up late-September with two events that have been cancelled the previous two years, starting with Basketball at the AUT North Campus followed by Netball at the ASB Sports Centre in Wellington where the overall awards will be presented.

One of the two major awards presented at year-end is Te Kaitiaki, the carved wooden tiki that recognises the National Tertiary Spirit Champion and is currently held by Te Herenga Waka – Victoria University of Wellington. Sports Manager Conor O’Fee says the university is looking forward to promoting the values of the new award, a responsibility bestowed upon the holders.

“Te Herenga Waka – Victoria University of Wellington are very proud to be the current holders of Te Kaitiaki. As part of the kaitiakitanga/guardianship of the award, the University looks forward to promoting its core values of kotahitanga (unity), manaakitanga (care and generosity), and rangatiratanga (leadership) which are a fundamental part of the Championships. Bring on 2022 – Reheko!”

Eager for revenge, the UC staff are excited by the possibilities that a new year provides. “We had our eyes on the prize in 2021, but the win was pulled out from beneath us at the bitter end as we came up short” explains Sports Team Leader Stacey Niao. “We’ll be back bigger and better in 2022 and most of all we’re looking forward to the last prize giving and lifting the shield!”.

UTSNZ Marketing and Events Manager Tiwai Wilson is hopeful that student-athletes from all eight sports will get a chance to represent their university and showcase their skills after a disrupted two years. “The level of competition at the National Tertiary Championship events is improving each year, and student feedback from this year’s events was that they loved pulling on their university jersey after limited opportunities in recent times. Students in sports including ultimate, basketball and netball still haven’t had that chance, so along with our event partners we’re excited to be making progress towards seeing that again in 2022.”

For a full list of the 2022 National Tertiary Championship events, see here. 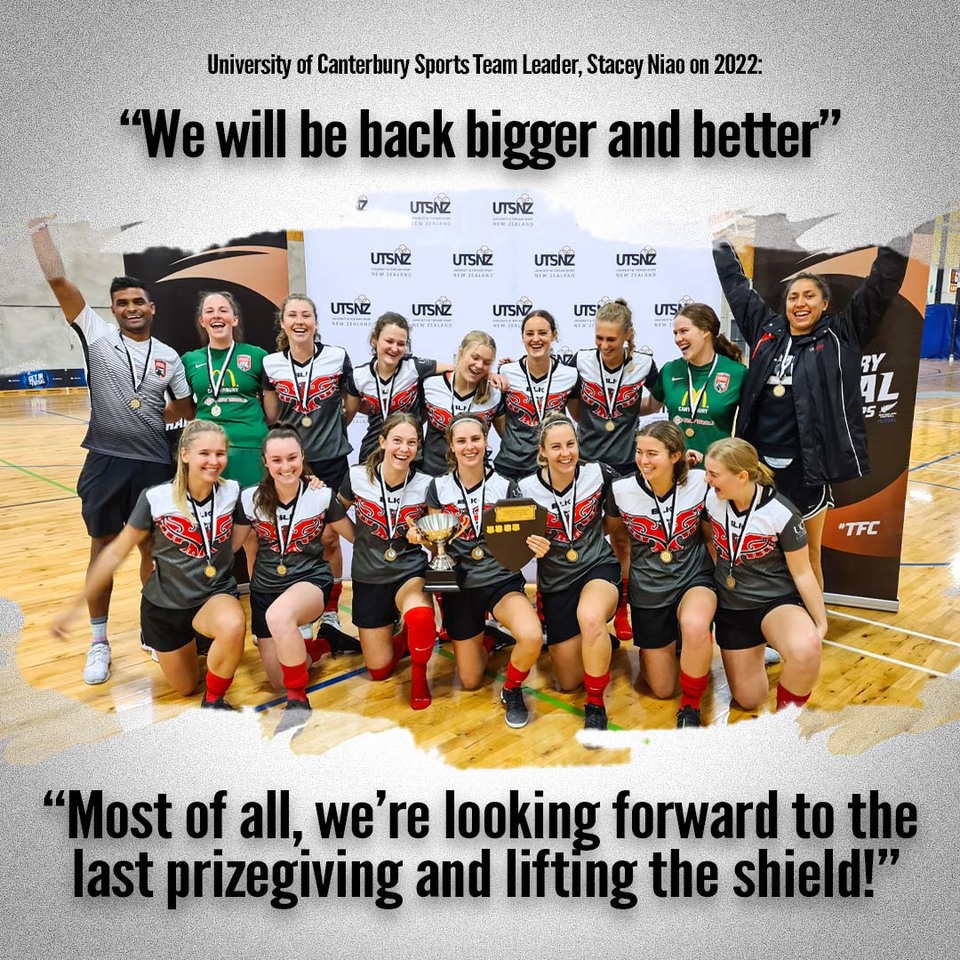