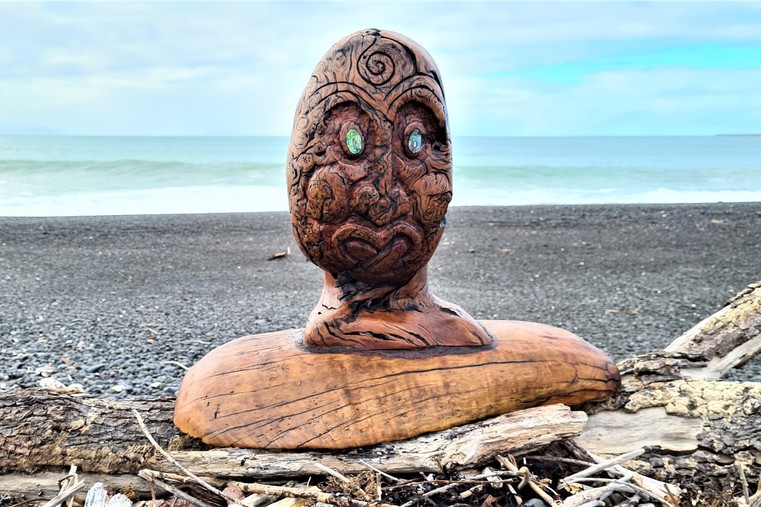 UTSNZ is proud to unveil its latest award – Te Kaitiaki – to be presented for the first time this year.

Te Kaitiaki, the National Tertiary Spirit Champion award recognises the tertiary institution that has captured the spirit of national championship events as determined by participant vote across all UTSNZ National Tertiary Championships throughout the year.

Sculpted by Hawke’s Bay carver Paddy Cooper, Te Kaitiaki is a tiki (carved humanoid) made from Tawhairaunui (Red Beech) burr wood which gives it distinctive swirl markings. Within Te Ao Māori (the Māori world), a kaitiaki is a guardian, protector, or caretaker of something sacred. The sacred taonga that this award represents is the Spirit of the National Tertiary Championships, with the holders being bestowed the responsibility of protecting and promoting those principles until the next caretaker is found.

The concept of the spirit award is not entirely new to tertiary sport, and stems from the sport of Ultimate which includes a scoring system known as the Spirit of the Game. Alongside match scores, teams score each opponent against a range of criteria, and the team with the highest Spirit score at the end of the tournament is presented the Spirit of the Game award. University of Auckland student and Ultimate athlete Priscilla Yiu explains that “spirit is a part of the game that doesn't depend on your team’s winning status and ensures people are still having fun and continuously keeping the passion within their sports”.

The race to find this year’s overall spirit champions is well and truly on with only six points separating universities from first to fifth place (see current standings on the Results page). The closeness of the points table confirming that the ‘spirit’ of university sport, and all the positive attributes that underpin participation, are alive and well across New Zealand tertiary institutions.

When asked what it would mean to win, Priscilla says that “winning the Spirit award is an acknowledgement that we have embodied the qualities of sportsmanship and elevated the level of competition in a friendly and passionate way. It gives us a reason to be proud of who we represent, and it would mean we have represented our institution with important values such as respect, compassion, courage, honesty, optimism and positivity”.

So, stay tuned to see who will lift Te Kaitiaki for the first time and which university will be responsible for taking ‘guardianship’ and upholding the principles of spirit into the following year.

Spirit of the Game.  Mindful behaviour practiced by participants prior to, during and after a game, in a mutual effort to protect the basic joy of play.

Kaitiaki. A guardian, protector, or caretaker of something sacred.