The University of Auckland do the Double at Pioneer 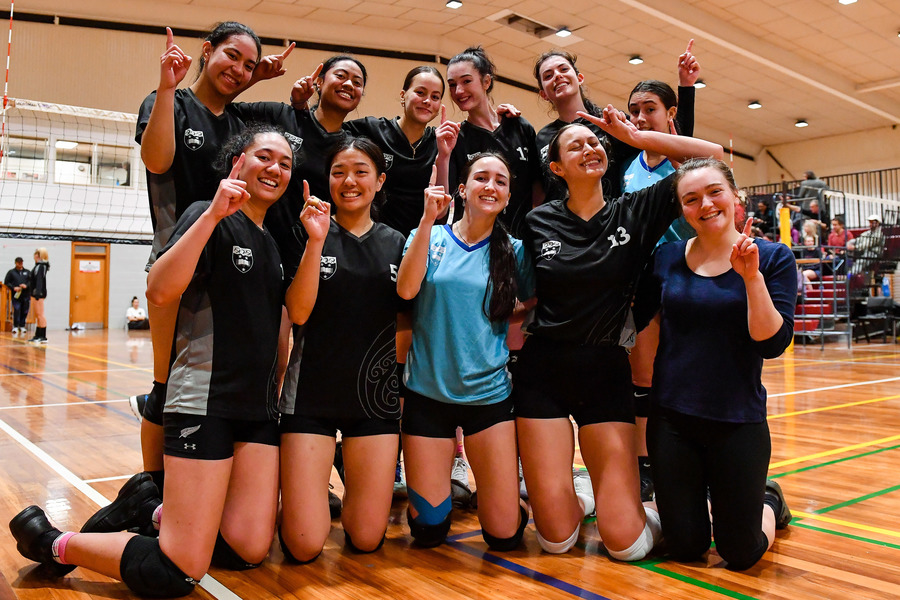 The University of Auckland achieved a rare feat at the National Tertiary Volleyball Championship last weekend with both their men’s and women’s teams lifting the event shields and earning the title of Tertiary Volleyball Champions for 2021. Also achieving an impressive double was their opposition, the University of Canterbury, who played their way into both Grand Finals.

In the women’s tournament, both of the eventual finalists were seeded into Pool B and the University of Canterbury comfortably dispatched the University of Auckland in two sets in the opening round of the tournament. The Cantabrians continued to look like the dominant team throughout, completing pool play and their semi-final against Massey University without dropping a single set. The Aucklander’s could only improve after that opening defeat and their breakthrough came in the semi-final, overcoming 2019 champions the University of Otago in three sets.

The stage was set for an epic Grand Final and the teams did not disappoint, trading set-for-set on the way to an inevitable fifth. They still couldn’t be separated as the scores were tied at 16, but a strong serve and a tip were the difference as the Aucklanders claimed the set and match 18-16, sparking huge celebrations. The Finals MVP was awarded to the University of Auckland’s libero, Zara Pocock.

In the men’s tournament, the eventual finalists were seeded into opposite sides of the draw. As both teams finished pool play undefeated, a showdown in the Grand Final looked like the only outcome. The Cantabrians dropped a set against a gritty AUT team in their semi-final before progressing, while the Aucklanders had to overcome a strong University of Canterbury Invitational team in the other semi-final.

Early indications were that this was going to be another keenly contested final, as the University of Auckland took the first set 29-27 thanks to a kind deflection following a block. But after separating themselves at the business end of the second set to take it 25-21, the Aucklanders again showed their composure in the third, winning it 25-22 to claim the title they last held in 2018. The Finals MVP was awarded to the University of Auckland’s setter, Matthew Bell.

Rounding out the podium were the University of Otago women who defeated the Massey University women in the bronze medal match, and the AUT men who overcame the University of Canterbury Invitational men. The Spirit Medals were awarded to the Victoria University of Wellington men – an award that recognises one team’s positive impact on the tournament as voted by the teams and officials. You can find the individual match results here, and the full event results and updated overall standing on our Results page.

Thank you to the Christchurch City Council for their financial support of the event, the Pioneer Recreation Centre staff, Volleyball New Zealand staff, and all team managers, coaches and players. We look forward to another exciting event in 2022!