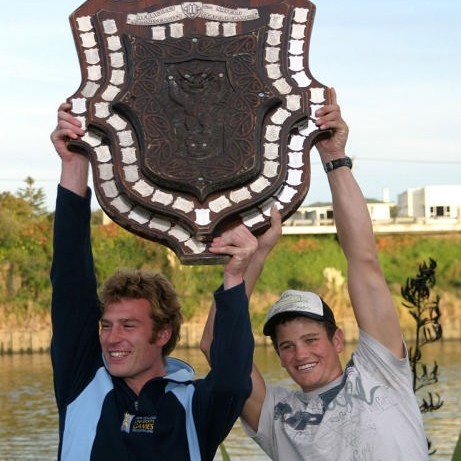 Although the New Zealand University Games began as far back as 1902, rowing was not originally included. It was not until 1927, when the Brooker brothers, Lud, a Senior Four member of the 1926 and 1927 Waitemata Club, and his brother who rowed for Victoria were returning from the 1927 Championships at Picton that the idea was formed. Aboard the TSS Tamahine they discussed the possibility of an Inter-College Eight, and so keen were they that just four weeks later Auckland and Victoria met in Auckland on Easter Saturday to contest the four oared race (https://www.ourc.org.nz/history/). Subsequent years saw regattas held on Auckland, Lyttleton and Otago Harbours as part of the annual inter-university tournament.

In 1935, the inter-university race took on more of a carnival format with Dunedin staging New Zealand’s greatest eight-oar rowing carnival of that era on the Upper Otago Harbour. Three eight-oar classics races were combined - the eighth annual interprovincial championship, the eighth annual interuniversity contest, and the North Island v. South Island eight-oar event. This was the first time three major events had been combined on a single programme giving rowing the biggest boost it had ever had.

Now one of the most fiercely contested events on the inter-tertiary calendar, the Aon New Zealand University Rowing Championships is held around Easter time each year and universities from all around the country compete in grades ranging from completely Novice (approximately 6 weeks rowing experience) to Championship level in all sizes of boats, from singles to eights. 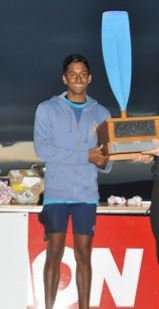 The most notable race at the Aon New Zealand University Rowing Championships is the Championship Eights which are held over a 3.2km (or 2 miles) course. The men challenge for the Hebberley Shield which dates back to 1928, and the women for the Tamaki Cup.

A newer tradition also with tremendous significance is the Ashes trophy. The trophy contains ashes from the former Otago University Rowing Club building that burned to the ground in 1999. The Ashes is awarded to the overall team points winner at the Aon New Zealand University Rowing Championships and with Novice racing worth double points, a lot rides on how these newcomers cross the finish line and as such, they are cheered on by their teammates to the fullest. The trophy itself has an old wooden oar coming out the top of it which is painted in the colours of the winning club.

Internationally there are many opportunities for rowers to represent New Zealand Universities including the annual Trans-Tasman Test Series against Australia in July. Selected to compete in that event are a men’s and women’s heavyweight eight, a men’s lightweight four and a women’s lightweight quad. The series consists of three races (usually a 5km and 2 x 2km) hosted by each country in alternating years. Further afield are the FISU World University Rowing Championships which are held every second year, and the FISU World University Games (a huge event with athletes living in a village and competing in one place similar to the Olympics) which can also feature rowing amongst the schedule of events. These events are held in locations across the world and have long been a steppingstone for many of our aspiring Olympic Games athletes as they transition from junior to senior competition. 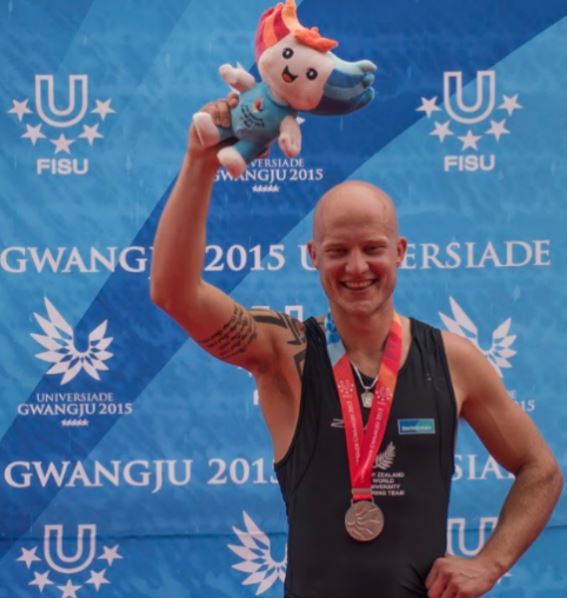 In 2021, UTSNZ and Rowing NZ look forward to carrying on the long-standing tradition of rowing within the university environment with the Aon New Zealand University Rowing Championship scheduled to take place 2-3 April at Lake Ruataniwha in Twizel.

So, if you are a secondary school student who competed at Aon Maadi Cup and you’re looking to continue your rowing, or a current tertiary student interested in giving rowing a go, be sure to contact your University Sport Department or University Rowing Club to get involved.