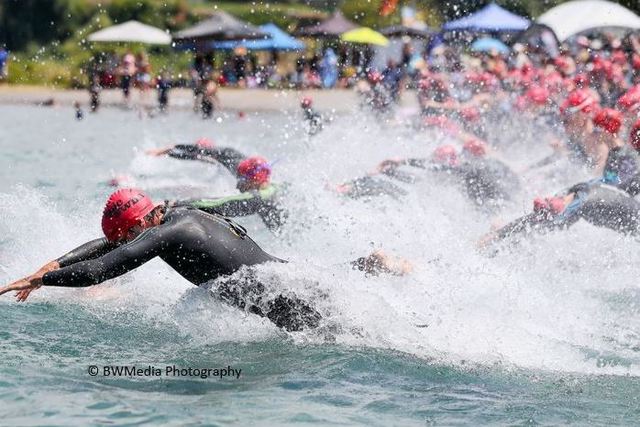 Sport at the inter-tertiary level originates back to the year 1900 when Canterbury and Otago University first participated in a tennis match.

Over the years further sports were added to the competition, including Swimming which debuted in 1930 and featured “a lady and a man in races over 50yds., 100 yds. and 220 yds.”

The first swimming sports carnival in connection with the inter-university championship tournament was held at the Tepid Baths in Auckland. Each university team comprised of a lady and a man, the former being required to compete in races over 50yds. and 100 yds. and the men over 50yds., 100 yds. and 220 yds. A dual relay race was also on the schedule. Over time, the coveted prize was the NZU Swimming Shield.

Swimming remained a key feature of the inter-university tournament for decades to come and then in 1983 New Zealand also stormed the global university swim stage.

Enter swimming legend Anthony Mosse who won 4 medals in 3 consecutive World University Games in the 1980’s, including Gold, two Silvers and a Bronze.

Impressive as it was, this tally was then surpassed by female swim star Lauren Boyle, our most successful university swimmer so far, winning 5 medals at the 2011 World University Games in Shenzhen, China. This tally included 2 Golds.

But the opportunities within swimming are much more than just the competitive.

Swimming is common in the lives of many New Zealanders, and no less so than in the lives of NZ tertiary students. Swimming rates in the top 10 activities done most often and is also the 5th highest activity that students aged 18-24-years ‘would like to do more of’ (Active NZ Data: Spotlight on participation in physical activity among 18-to-24 -year-olds).

But while a key aspect of Swimming NZ’s strategy is to support NZ’s best swimmers to successfully compete and succeed on the world stage, the promotion and growth of swimming for sport, fitness, recreation and health opens up opportunities for even more swimmers.

This year’s Epic Swim, an open water swimming event which is held at Lake Taupo at the beginning of every year is an example of this initiative, promoting recreational swimming. The event held in January had 811 individual entries and of those, 48 entries were tertiary students representing 9 different institutions. UTSNZ and Swimming NZ see this as just the start of an opportunity to attract and provide more for student swimmers.

“Swimming NZ was really excited to provide a university category within the Epic Swim for the first time this year and we are keen to build on this going forward” says Dale Johnson, Swimming NZ’s Head of Participation and Events.

“Swimming in the open water provides an environment that is fun and caters for all swimmers of all ages and abilities, so our aim is to

attract and encourage tertiary students to experience Epic alongside their friends and experience the social, health and physical benefits associated with open water swimming for themselves” explains Johnson.

UTSNZ is equally excited about what lies ahead as the relationship between University and Tertiary Sport NZ (UTSNZ) and Swimming NZ continues to develop.

In addition to activities in the water, the opportunity to engage tertiary students out of the water are also being explored. Whether as an event manager, volunteer or timing official the opportunities to be involved in the sport are wide and varied.

“It’s great to be working with an NSO that understands the drop-off and the challenges their sport faces within the tertiary demographic. Rather than simply adding another event, resulting in further duplication, it’s refreshing and exciting that Swimming NZ is taking time to figure out a solution that works for students”, says UTSNZ’s Marketing and Event Manager, Tiwai Wilson.

Keep an eye out for more information on next year’s Epic Swim at www.swimming.org.nz and www.utsnz.co.nz.