Tertiary Futsal returns for the University of Auckland Tri-Series 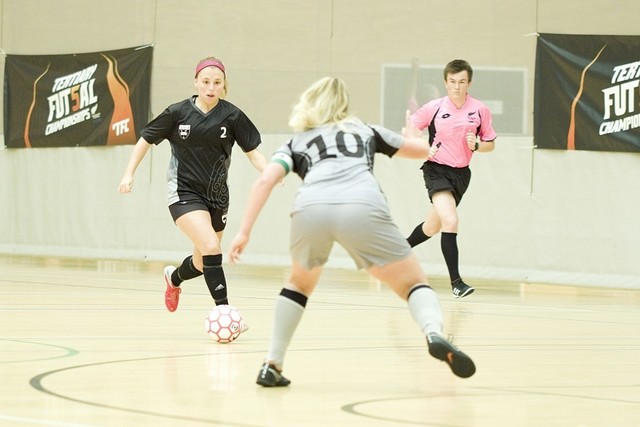 With the National Tertiary Futsal Championship cancelled for 2020 due to the COVID-19 pandemic, students have pounced at the opportunity to represent their university and compete against other institutions on the court.

“There is a lot of buzz in the student community and I think that the impacts of COVID on sports have only heightened their excitement to get in and play” explained University of Auckland’s Sport Development Manager, Albie Eaton. “Our staff are relishing the opportunity to facilitate inter-tertiary competition too, they were passionate about putting on an event for the futsal community and have worked hard to make this tri-series happen”.

The tournament was initially scheduled to form part of a week-long programme of sporting festivities to celebrate International Day of University Sport (IDUS) on the 20th of September, but with Auckland at alert level one at the time it had to be postponed.

Since then however, the university has opened its new two court multi-purpose facility which will be home to the university’s sport programme for the next 3-4 years. The old Symonds Street Recreation Centre closed in the middle of 2020, with this temporary facility filling the void ahead of the opening of the university’s Recreation and Wellness Centre in 2024.

With the move taking sport to a new site on campus, Albie Eaton hopes it will encourage stronger links between sport and culture; “Not only do we hope to continue our sports programming in the facility but our location right next door to Waipapa Marae opens the door to welcoming more cultural activities into the space.”

The state-of-the-art Recreation and Wellness Centre is currently under construction and will be located on the old Symonds Street site in the middle of the city campus. This will provide students and the wider community four sports courts split across two levels along with a new gym, pool, group fitness facilities and a roof top turf.

In the meantime though, excitement levels have been high as students experience the temporary facility for the first time. “Everyone involved is looking forward to bringing back some of that vibrancy to campus that has been missing for the 6 months since our old facility was decommissioned. As we have got nearer to completion of the facility and shared some images through social media, many students reached out to enquire about it so it’s great to now see them being able to enjoy it.”

Students both on and off the court will soon be able to see and experience a high level of futsal between these traditional rivals. UTSNZ is proud to assist in facilitating the Tri-Series tournament and cannot wait for a return to futsal action on the 22nd and 23rd of October! Keep an eye on our social media channels as we bring the action to those of you who can’t be there.