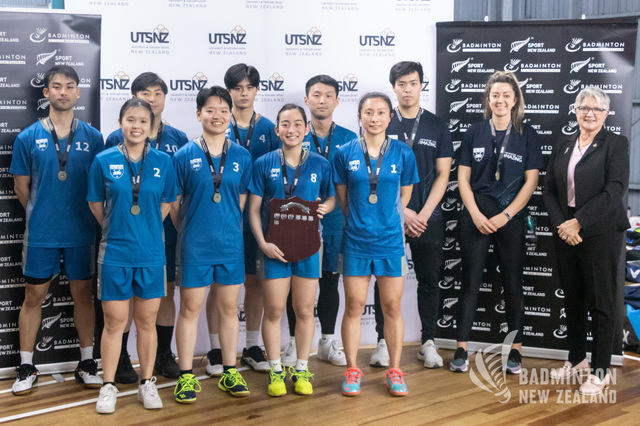 The 2020 National Tertiary Badminton Championship was held at the Counties Manukau Badminton Association over the weekend with 48 students representing six universities in seven teams. As the lone tertiary championship event of the year, excitement levels were high as the teams arrived at the venue and began warm-ups on Saturday morning.

The remainder of the day’s pool play rounds also went to script with the higher-seeded teams taking the win against their less-fancied opponents. At the end of the day it was University of Auckland 1 and Massey University that remained undefeated, topping the two pools.

The University of Waikato and University of Auckland 2 also progressed to the semi-finals by finishing the day in second place in their respective pools. Finishing 3rd in pool B, the University of Otago proceeded directly to the 5th place playoff leaving AUT and Victoria University of Wellington to battle for the other spot.

The stage was set for the Grand Final between the two undefeated teams, Massey University and University of Auckland 1. The tie began with what can only be described as the match of the tournament, in which Massey University's Edward Lau faced the University of Auckland's Oscar Guo in men’s singles. It was a match of runs, going to a third game with both players attacking relentlessly in order to put their team on the front foot. In the end it was Oscar Guo who took the deciding game, showing plenty of passion as the final game ended at 21-19. 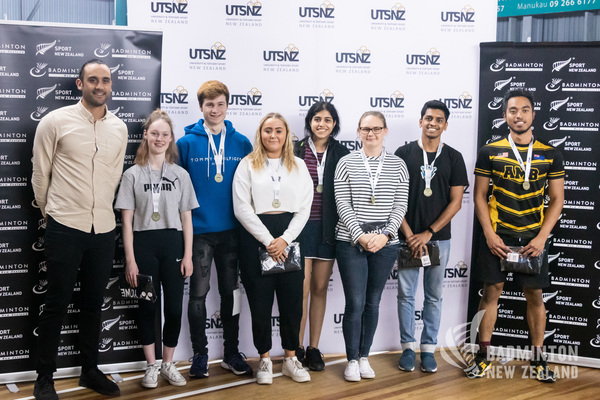 For the first time outside of the National Tertiary Ultimate Championship, UTSNZ implemented the Spirit of the Game award – an award presented to a team who displayed outstanding sportsmanship, support and respect throughout the duration of the tournament as voted by the teams and officials. Winning the award this year was Victoria University of Wellington with each team member receiving a custom Spirit medal and sponsored t-shirt.

UTSNZ would like to congratulate all participants and thank the universities and their staff for their support of the event. We would also like to thank event partners Badminton New Zealand and Counties Manukau Badminton Association for their work in the lead-up to and during the event, we look forward to doing it all again in 2021! 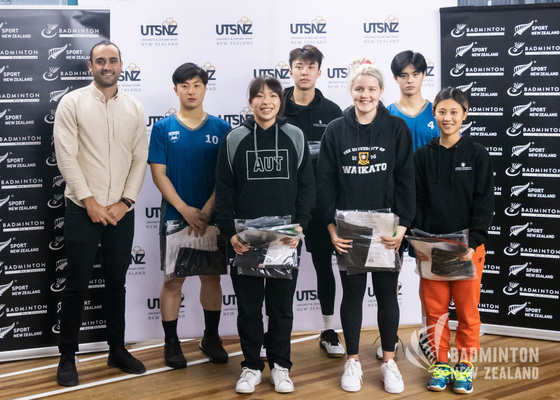