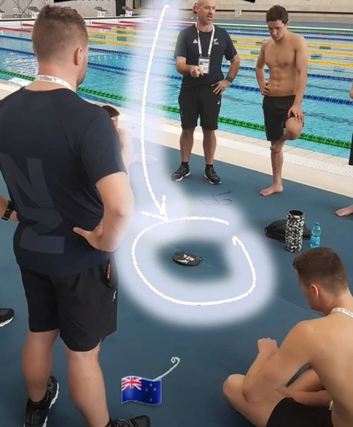 Since its onset, the COVID-19 pandemic has spread to almost all countries of the world. Social and physical distancing measures along with lockdowns of businesses, education institutions and overall social life are common strategies used to halt the spread of the disease. But these strategies have greatly disrupted many regular aspects of life, including travel and the opportunity for international sporting experiences.

Why does this matter? What does the international sport experience offer our tertiary student athletes?

More than any other Games, the FISU World University Games (WUG) celebrate culture, alongside sport. Given that each of the 6,000 athletes is still studying while training, participants are probably even more curious. As 2019 WUG athlete and kiwi judoka Sam Simons said – with as much lucidity as awe – the day before he competed in Napoli: “there’s so much more going on than just judo”. He may firstly have been referring to meeting athletes from the other 117 nations and the 18 different sports represented at the 30th World University Games, or perhaps it was following his experience discovering the food and culture of Naples – check out the video of our two judo athletes on tour beow.

Either way the event was a significant cultural experience happening in a country with a rich heritage to be discovered and a complex way of life to deal with.

Socialising with athletes from other nations...

Fellow WUG athlete and pole vaulter Imogen Ayris explained the athletes don’t necessarily ‘try’ to learn about other cultures. “It’s just several levels of social skills like playing cards, hanging out, talking, that sort of thing.” Being her first experience in an athlete village, she felt like the students shared something in common, being “young sports people” and part of “the same generation”.

Spending time socialising with other sportspeople and nationalities was more tangible at the 2019 WUG event than for other events, for 800 m runner Stella Peerless.

“We tend to stick to people we are familiar with, like Australia or America. We compete against Australia quite a lot, but we’ve never actually been able to socialise. Competition wise normally we don’t stay together, we (countries) are all separated because we are focusing solely on the performance. So, it’s nice to get to know everyone in a different environment (the village), rather than only competing against them.”

With the WUG being broadcast around the world, media presence is high. With Kiwi athletes always being popular, NZ swimmer Jonathan Rutter was interviewed by Chinese media.  “I was able to introduce myself in Chinese, that I speak a very small amount of!” He also considered the 2019 Games as a cultural experience within the NZ team itself. “Having other New Zealanders there, who were not swimmers, grounded the trip. A lot of the time you get caught up in the sport that you are doing, and you can lose sight of who you are representing. You’re often just representing yourself in swimming. At the WUG, we’d come back to the athlete village every day and be surrounded by these other New Zealanders. It didn’t really matter how well we did in the pool; we were all just on the same team.”

Another pole vaulter and University of Auckland student, James Steyn learned from other sports. “At the Games, you interact so much more with other athletes. You get to see how they do things differently. I am talking with distance runners who are running 100 km a week. That’s quite different training to what I am used to. Did it affect my preparation? Yes, being around people doing sport keeps you in that mindset. It keeps you excited to do sport, and also everyone here goes to bed early, and eats well.”

Discovering the host country and its people…

Beyond the village connections, the 30th FISU Summer Games was the opportunity to discover the city of Naples and the surrounding region of Campania. Most New Zealand athletes took the opportunity to wander around the city, chasing traditional ice creams – gelato – and pizzas. Some even visited historic sites such as the Sant ’Elmo Castle, which overlooks the thousand-year-old Naples which the team could see every day from village. A large group discovered the city’s 40m-deep tunnels, built by the Greeks, and used by the Romans. It was also possible to visit the nearby islands or the omnipresent volcano Mount Vesuvius, but Pompeii was the genuine must-see. Its unbelievably well-preserved ruins, 2,000 years after the eruption which wiped the city off the map, astonished our young Kiwis as New Zealand was not even discovered at this time.

Last but not least, the Games allowed students to experience a different way of thinking, speaking, and acting. The Italians, and especially the Neapolitans, were found at times to be a little less than organised – almost everything ends up happening, but most times late – and often favouring those who spoke the loudest. Thus, the athletes learned how to 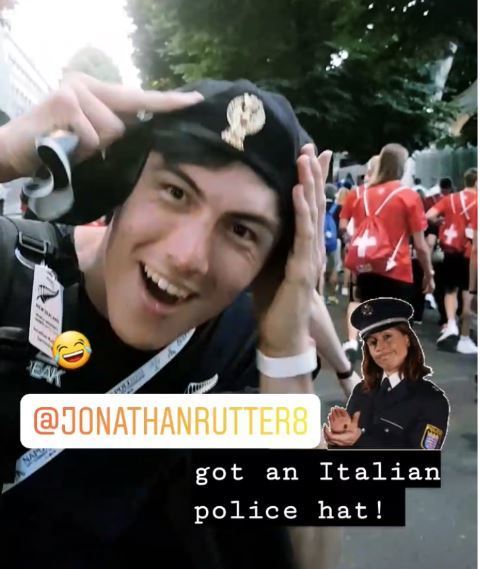 negotiate with the locals, with more efficiency every day. An example is how NZ pins established a ‘currency’ value with taxi drivers or ‘less than enthusiastic’ local staff. They became essential to not be late or facilitate processes which could often be long. Some mastered the ‘locals’ so well by the end, no more so than swimmer Jonathan Rutter who returned from the closing ceremony with a genuine Italian carabinieri police hat, after swapping his swimming cap!

“A fresh look on swimming, making it new and enjoyable again”

Giving the final voice to our student athletes, we asked Jonathan about this inseparable combination of sports and culture - sports being part of culture and including culture as well. “The primary thing is always performance, but of course there’s so much more than that. It’s about developing as a person and as a teammate, how you interact with people and discovering the world. For me having just finished college, I wasn’t just competing with people from nearby schools, I was competing with people from all over the world. That’s a completely fresh look on the sport that I’ve done for a long time. It’s made swimming new and enjoyable again."

So as the International Day of University Sport draws near on the 20th of September, we celebrate all that is great about international sport both on and off the field, and we look forward to re-joining our fellow student athletes around the world in the near future. #letsidus

Our thanks to Clement LeMerlus, 2019 NZ WUG Media Team for original story, adapted and edited by UTSNZ 2020.