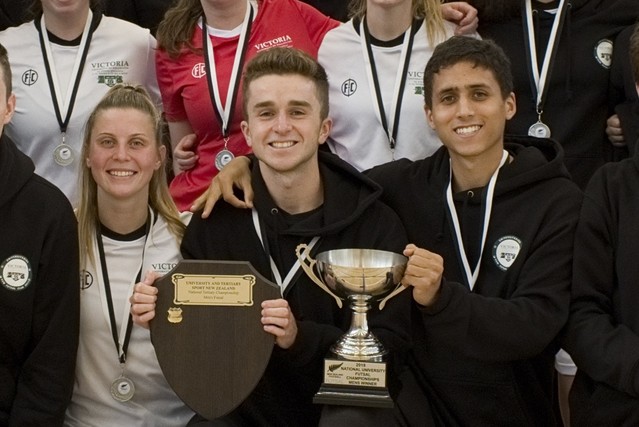 Santiago Duque Palacio’s main objective from his time in New Zealand was to learn English, then his goal was to gain as much knowledge as he could from his Geology professors while on exchange at Victoria University of Wellington. Playing futsal was never part of the plan, he reflects, but given his love of the game and desire to be involved with all aspects, it’s not surprising that it quickly became the “most important thing to me.”

When the 22-year-old Colombian reached Auckland to learn English he was snapped up by Auckland Futsal to coach the sport. When he passed the language course and got set to move to Wellington for his exchange semester, another coach there encouraged him to find out about the inter-tertiary futsal competition.

In Colombia students typically finish their high schooling earlier than New Zealanders do and study a bachelor’s degree for five years, so Santiago was placed in a master’s Geology class which was “challenging but good as everyone spoke English all the time so my language skills improved so much”.

Somewhat easier to navigate was his way to the Victoria Recreation Centre where he saw a poster promoting the National Tertiary Futsal Championships. It had a link to the University futsal club’s Facebook page and from there it was a simple online chat to find out when and where trials were to be held.

Santiago had played futsal for five years back home in Colombia, which is ranked 13th in the world (compared to NZ at 70th). He secured his place in the Victoria men’s futsal team, training alongside other top student players under an “amazing” coach in the ASB Arena in Hataitai which is a “really good facility”. They trained for two months, up to three times a week, in preparation for the national tertiary championships in Christchurch on 13-15th April. 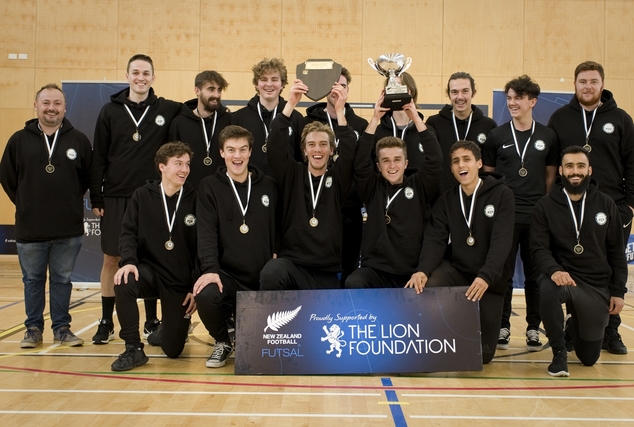 The ease with which he made the team didn’t mean Santiago was in for a smooth transition though.

“In Colombia we play a totally different style of futsal. So everything was new for me – it was quite difficult and I had to learn to adapt. Kiwis play faster, always moving forward. Whereas back home we use all the court and spaces, we pass it around more and some say we are more aggressive.”

The trip to Christchurch was a highlight of his semester in New Zealand. Santiago says that in Colombia regional qualifying means fewer students get a chance to compete at the national level.

While the Victoria men’s team were crowned eventual victors of the three-day tournament, this wasn’t necessarily the best part for Santiago:

“I’m really proud of what we did. But for me it was a bit more special than that. As we have such a different culture it was so good to live with the kiwi boys for a few days and to see how New Zealanders are all of the time. All the team and staff were really nice. It could not have been a better experience for me.”

Santiago thinks this is the norm here in New Zealand.

“You have a really good country, from your politicians to the way you interact with people from different countries. You are chilled, relaxed, really good people. For example, when my futsal coach in Auckland realised I was going to be alone for Christmas he invited me to come along and share in his family Christmas. So I got to experience a kiwi Christmas on the beach in the Coromandel region! It was so nice.”

Santiago is full of warmth when he discusses the impact his university teammates had on him, and how they still play a part of his life now he is back home in Medellín.

“They are amazing guys. Many of them play in the national futsal league and they send me all their videos which is really cool. They threw me a farewell party when I left. I hope some of them will come to visit and stay with me sometime.” 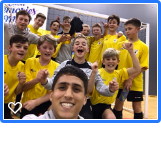 Through their Capital Futsal connection Santiago and a few other top student-players coached age group teams at a national tournament in Palmerston North, with Santiago taking charge of the U14 B team which placed third overall.

“I tried to teach the younger guys a few aspects of my Colombian style, which is different to the way they are taught to play futsal. They were really attentive and receptive to it. My development players did unexpectedly well and the club wants me to come back next year and lead them again!”

He also played football for Seatoun on Saturdays and in the Sunday League with a bunch of other South Americans living in Wellington. The Spanish-speaking ‘Sudakas’ as they are known won the Sunday League on the final day that Santiago was in town ensuring that he left New Zealand on a celebratory high.

It is hard to fathom how he managed to fit in all this sport while studying at postgraduate level in a language he had only just learnt, but for Santiago it was pretty simple:

“Yeah it was busy - my life was just university and futsal/football. But it affected me in such a positive way – I was alone in a country where I didn’t know many people so I needed something to do. For me, sport is one of the best ways to make friends. It helped me get to know people and I made some really good friendships. I was part of the team group and that was very important to me.”

When asked what advice he would give other prospective or current international students coming to a New Zealand university, he says “Don’t be shy, open your mind to a new culture and new people. Go outside. Make friends. In my mind, sport is the best way to do this.”