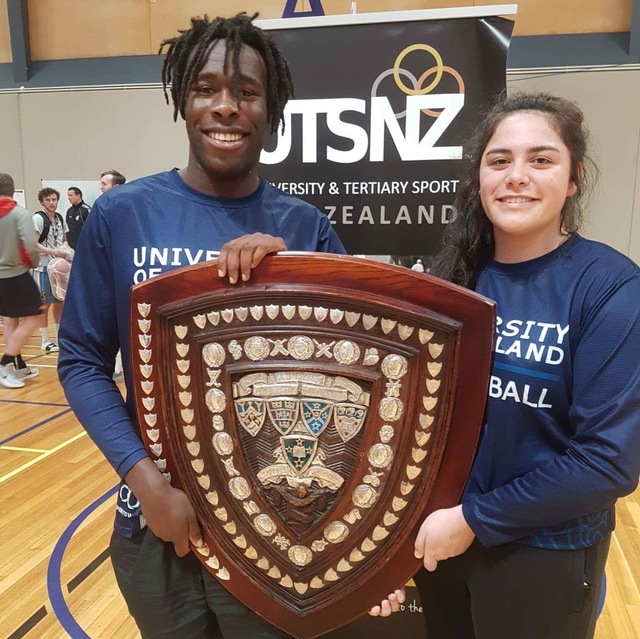 The University of Auckland has triumphed as Overall National Tertiary Champion once again, holding the University and Tertiary Sport Shield aloft for the third year in a row.

The 95-year-old inter-tertiary shield was presented to the University’s sports director Louis Rattray on Sunday night, upon completion of the 2018 National Tertiary Basketball Championship at AUT stadium on the North Shore. The shield is awarded to the tertiary institution which accumulates the most points from competing in a series of national tertiary championships (NTC) throughout the year.

The basketball tournament was the final event of the NTC calendar. Over 1,100 tertiary students competed at the top level in ten sports from badminton to ultimate frisbee across five NZ cities.

While Auckland did not secure the silverware in the basketball (Lincoln University took out the women’s title and the University of Otago the men’s) the students in blue have proved themselves the athletes to beat, leading the overall UTSNZ points table throughout the year and eventually closing out their nearest rival the University of Waikato by 22 points with an overall tally of 99.

This was thanks to their gold-medal winning performances in half of the sports contested; 3x3 basketball (men’s), futsal (women’s), badminton (mixed), volleyball (men’s) and ultimate frisbee (mixed) and second place finishes in three competitions; futsal (men’s), table tennis (men’s and women’s) and volleyball (women’s). 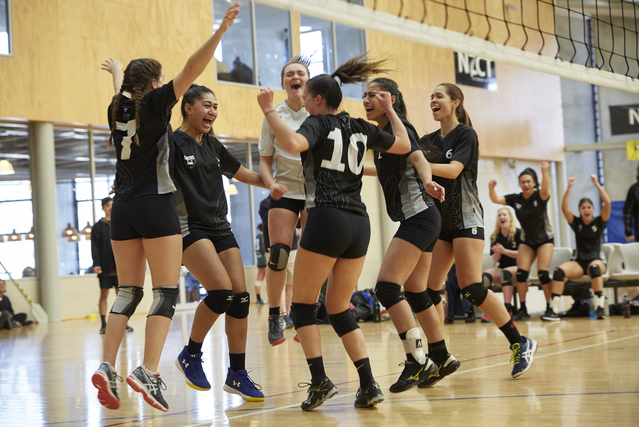 So, what is the secret to their success?

“We set expectations of our competing teams and ensure our coaches and student leaders are on board with that. These are mostly around representing themselves and the University of Auckland to the best of their ability and working as a team while building a positive culture,” she said.

Spray went on to highlight the role her team undertakes to “focus on the student experience as that is what tertiary sport means to us. From a management perspective we try to do everything we can to ensure the players can just play and the coaches can just coach.”

“They performed well throughout the year, with some of their women’s teams in particular showing their strength by winning the women’s rugby sevens, hockey and volleyball competitions. They’ve got some great athletes and staff and I’m sure they will be a real threat to our hold on the shield next year.”

Associate Director of Campus Life, Sport and Recreation Louis Rattray attributed the University of Auckland’ shield success to a wider programme of sport:

“For us, we’ve created an ecosystem around sport so whilst this is great to be winning at the top level, our system supports people playing sport at all levels. We put as much effort, if not more, into our social leagues and inter-faculty leagues, and then what spills out of that is quality competition at the top.” 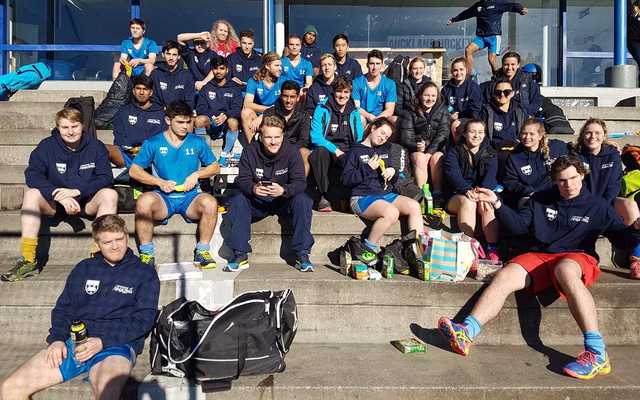 Providing opportunities for all levels of student participation

The importance of providing opportunities for all levels of student participation was also reinforced by UTSNZ Executive Director Sarah Anderson.

“Tertiary institutions provide an ideal setting to keep 18-24-year olds in sport; not just by offering them representative opportunities but helping them to make social networks, broaden their university experience and develop new skills such as leadership and organisation,” emphasised Anderson.

“Tough games aside, these championships also foster university pride and a sense of identity. Students tell us that while strong competition is important to them, they love the team culture, the chance to make new friends and cement existing ones, being able to play against other tertiary students and the awesome atmosphere that creates,” says Anderson.

The University of Auckland’s student-athletes back this up. Men's volleyball team member and Bachelor of Education student James Anderson explains:

“Playing sport at university has meant I am able to continue my passion for volleyball while studying. The experiences, relationships and memories I have formed have greatly enhanced my time at university and have ensured that I have been able to maintain a good healthy balance."

Mark Xu, a Bachelor of Engineering student, has welcomed the chance to expand his circles by playing in the UoA tertiary men's and Engineering Eagles basketball teams: 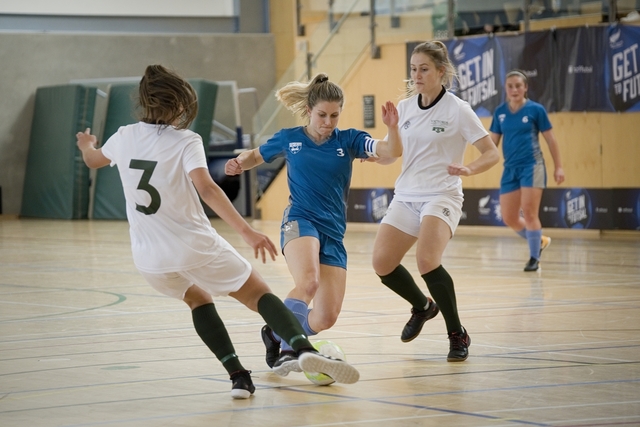 “Being involved with basketball at uni has given me the opportunity to meet people from a wide range of backgrounds, experience different cultures and build relationships while staying fit and active.”

Maxine Cooper combines international and domestic representative futsal while studying a Bachelor of Medicine and Surgery.

“I’ve met some amazing people while playing futsal for UoA. It really helps me to de-stress from my studies. Recently it has given me the opportunity to travel overseas to Kazakhstan to compete at the world uni champs, which was one of the most unforgettable experiences of my life," says the Futsal Fern, University of Auckland futsal captain and NZ world university team captain.

These wider benefits of sport participation are becoming more of a focus for staff and directors, as tertiary communities realise the role they have to play in supporting student health and well-being.

History of the shield