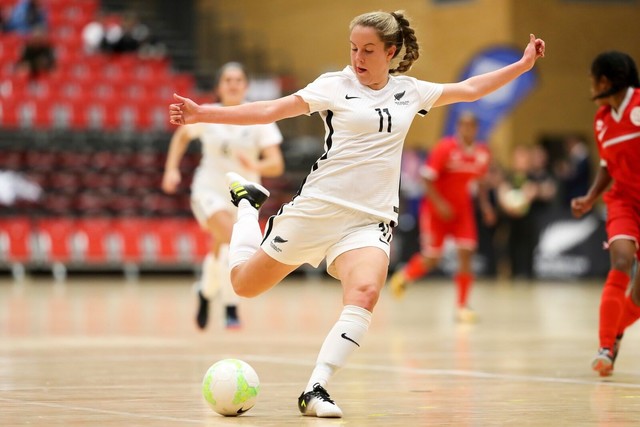 Labelled a 'sporting prodigy', it’s easy to see why when you look at Britneylee Nicholson’s list of achievements last year alone: while in Year 13 at St Andrew’s College she was named in the first-ever NZ Futsal Ferns team which played New Caledonia in the Trans Pacific Futsal Cup (and went on to be the top goal scorer), made the NZ Secondary Schools Football Tournament team which travelled to Singapore, received Golden Boot awards at both national and youth level, and was Canterbury United Pride’s futsal player of the year.

Such plaudits are well documented in national and regional media, as Britneylee isn’t new to the scene – she has been playing football for fifteen years having followed her twin brother onto the field aged four. As well as being a noteworthy striker in the 11-a-side format, the 18-year old Cantabrian’s “tricks” have seen her rise to the top indoors too. Her ascendancy over the last six years has mirrored the growth in futsal across New Zealand and is at the high-performance end of a broader 25% increase in female participation since 2016.

A tireless schedule sees Britneylee train almost every day, all year round, switching between 11 and 5-a-side formats and across local, regional and national squad trainings. This is a heavy schedule but Britneylee’s focus is firmly grounded on “being the best and performing as well as I can.” 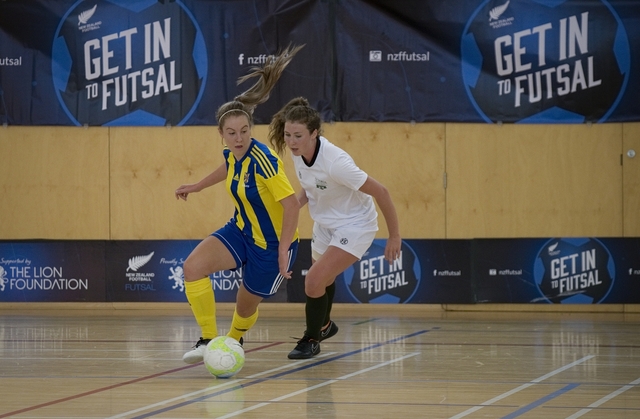 The major drives behind Britneylee’s desire to achieve is to play in more international games and to improve futsal locally. This competitive aspect played a part in her recent choice of university.

A keen student of science, Britneylee wanted to study a specialised science programme that could steer her towards a career in forensics. A Bachelor of Science in Pharmacology at the University of Otago fitted the bill, as did the offer of a Performance Entrance Scholarship for her ability in sport and academia. First though, like many prospective students, she wanted to do some research on all her university options.

“I want to get a job at the end of my time at university, but these futsal opportunities are once-in-a-lifetime so I didn’t want to jeopardise that. I talked to other futsal players and my contacts at Mainland Football and NZ Futsal to see what my best options were in terms of universities, as I was offered US Scholarships as well. Football South is developing programmes in Dunedin. So, while they aren’t as established as they are in other regions, there will be opportunities in the future and I am keen to play a part in that development.”

“I also heard about the National Tertiary Futsal Champs last year. I went along and watched in Christchurch, I really enjoyed seeing all the unis there and I knew I’d like to be a part of that too. So, I asked around about the futsal scene at Otago Uni and the competition pathways available.”

The World University Championships were also on Britneylee’s radar. 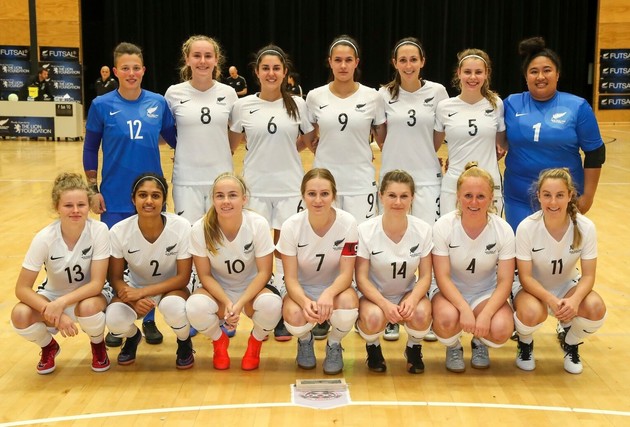 “Being in the Futsal Ferns my next goal is to be involved in the World University Champs in August as well as the Youth Olympics later on in 2018. I think it is very important for New Zealand players to be able to perform on the world stage.”

And that stage is beckoning for Britneylee. Her performances last year have earned her a place in the NZ women’s team to compete in the 2018 FISU World University Championships in Almaty, Kazakhstan in August. She is one of seven Futsal Ferns named, illustrating the pool of women’s futsal talent in tertiary education right now.

“It is going to be an amazing opportunity to play all those countries. Playing Brazil will be interesting! I’ve never done anything like that.”

As you’d expect for a sporting prodigy, her new university has been very supportive easing her into tertiary life.

“Otago Uni has been really good. They have allowed me to study my course by distance in the first semester, to allow for my futsal training in Christchurch before winter training starts in Dunedin. The papers are all set up online and we do video conferences with the other students and tutors. Support staff email me to check if I need anything and monitor my workload to make sure I don’t get overloaded as they are aware of my other commitments.” 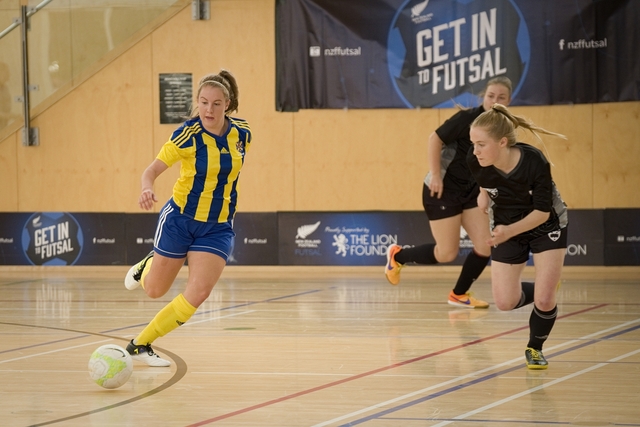 Before she moves to Dunedin this semester, Britneylee and her twin brother contested the 2018 National University Futsal Championships last weekend – albeit for different teams this time (Ryan Nicholson played for the University of Canterbury men’s team). Both teams came third in their respective competitions.

This event is part of a suite of competitive national inter-tertiary championships led by University and Tertiary Sport NZ (UTSNZ), in partnership with national and regional sporting organisations.

As the main affiliate for the International University Sports Federation (FISU), UTSNZ is responsible for facilitating New Zealand students to take part in international events, both in competitive sport (such as the World University Games, Championships and League) and in the development of the sport workforce of the future.