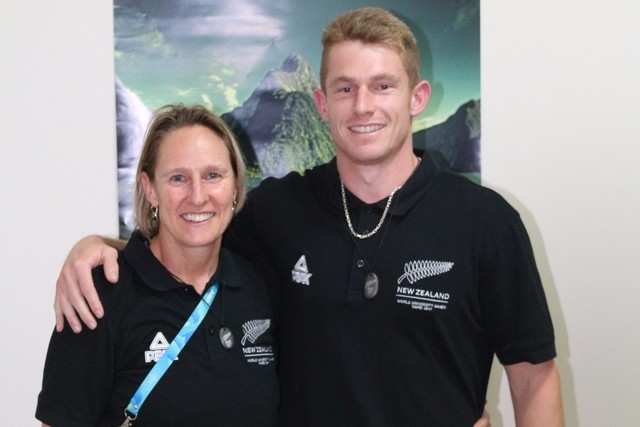 Among the delegation wearing NZ colours on the Gold Coast are a number of tertiary students. They do an amazing job juggling high-performance sport training and competition, travel, their studies, sponsorship commitments, and often holding down a part-time job as well.

Ben Langton Burnell is one of these student-athletes. He will compete in the Commonwealth Games Javelin heats tomorrow (Friday 13th April). We approached Ben about his involvement in the 2017 World University Games in Taipei, to see how it has impacted his athletic career and prepared him for large multisport events such as these Games.

What is your memory of the World University Games last year?

The men’s javelin final at the WUG was one of the best competitions in history. I competed at the World Track and Field Champs two weeks prior which was won with 89 metres. Two guys threw over 91 metres at the WUG which was incredible to watch. I think everyone who watched that final would say that it was the biggest final of the whole Games especially since one of the guys was from Taipei.

How did you perform?

I had a pretty nasty knee injury which was difficult to throw through. I made the final and came 8th place. 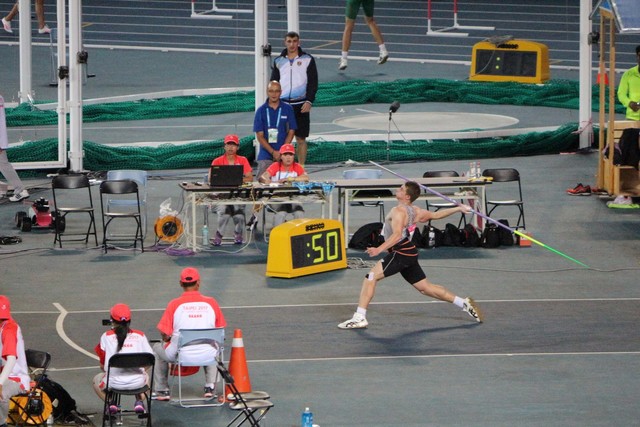 What was your highlight and why?

As with above, how the final unfolded with both athletes throwing 91 metres in the last round was epic. The crowd of 20,000 was just as loud as the 80,000 in London.

What were the biggest learning points from the Uni Games that you will take with you to the Commonwealth Games?

The biggest learning points would be maintaining and conditioning the knee and the rest of the body for big competitions, making sure it is all fine for throwing on the day.

Did you come back from Taipei and make any changes in preparation for the Commonwealth Games?

I had a little break and got straight back into general prep ready for the upcoming season. I knew I had already qualified so it wasn’t a matter of trying to qualify but trying to condition the body to throw well at the Commonwealth Games.

Has attending university helped you in your sporting career? If so, how?

Yes, it has because it has brought balance to my life and is another extra thing to strive towards. There’s a life outside of sport and I intend on doing that just as well as my sporting career. 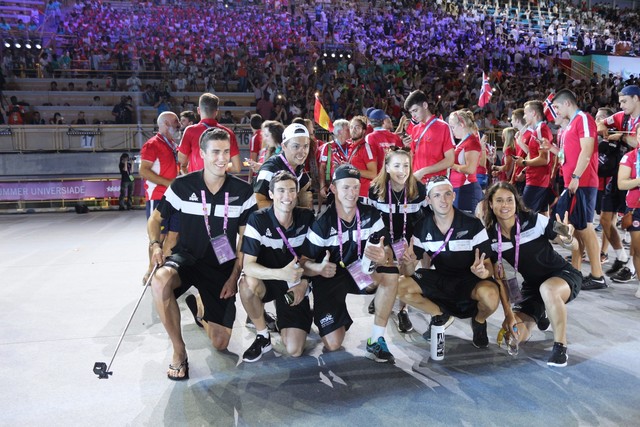 What’s your message to other aspiring student-athletes about the World Uni Games – why should they make the effort?

The World University Games team is a very elite national team and mimics that of an Olympic Games and Commonwealth Games as you are in a multi-sport environment. The competition is amazing with world-class competitors across all sports which makes it a great competition to target and to try and nail a good performance at.

Background notes:
The World University Games is held by FISU, the International University Sports Federation, every two years. The Games, also known as the Summer Universiade, draw many thousands of student-athletes together to compete, making it one of the largest multi-sport events in the world (second only to the Olympic Games). In 2017 in Taipei for example, 10,000+ athletes and officials took part and over 130 nations were represented.
The next Games will be held in Napoli, Italy from 3-14 July 2019. As the main affiliate to FISU, University and Tertiary Sport New Zealand (UTSNZ) facilitates New Zealand involvement in the Games.