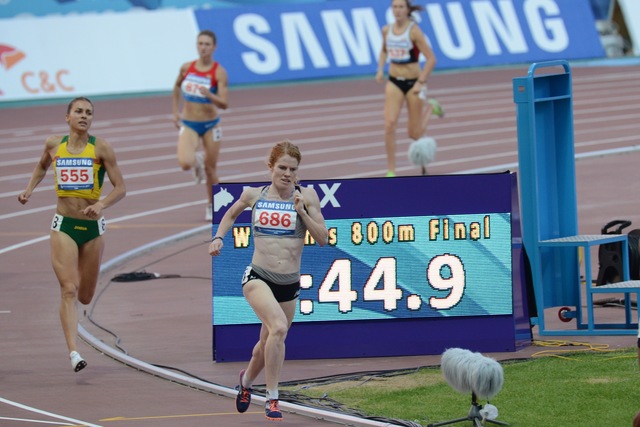 Among the delegation wearing NZ colours on the Gold Coast are a number of tertiary students and recent graduates. They have juggled high-performance sport training and competition, travel, their studies, sponsorship commitments, family and friends. Angie Petty is one of them, having graduated last December. She will compete in the Commonwealth Games 800m heats tomorrow (Thursday 12th April). We approached Angie about her involvement in the 2015 and 2013 World University Games, to see how it has impacted her athletic career and prepared her for large multisport events such as these Games.

When did you attend the World University Games?

What is your memory of the World University Games experience?

2013 was my first senior international sporting event and I was electrified by how big it was and being in a village with athletes from all over the world. Racing in the stadium was incredible. I was so happy to have come 4th in the 800m and to qualify for World's in a new personal best, and to come 4th in the 1500m final.

2015 was incredible too… I was so excited to represent my country again. It was one of the best races of my career so far, so I have incredible memories of crossing over that finish line – a moment I will always treasure. 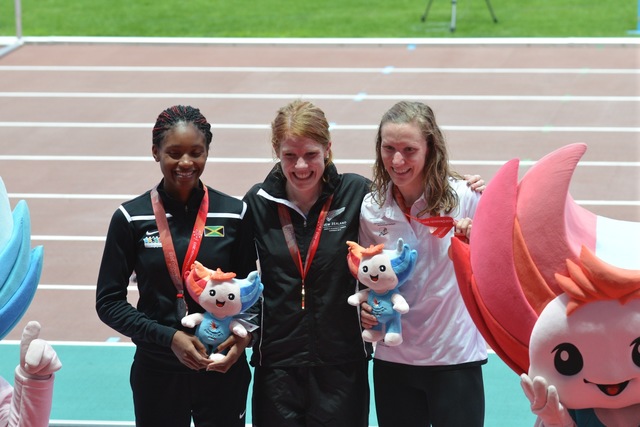 How did you perform?

In 2015 I won the 800m in my first time under two minutes which is the golden number for women’s 800m running. I was over the moon, it really was a dream come true. I cannot explain how happy I felt as I crossed the line, obviously in a lot of pain but so much joy at the same time.

Any highlights, and why?

So many: winning the 800m and the victory lap with my German friend who came 3rd after the race, then talking to my husband and parents, and standing on the podium.

Also, being part of the New Zealand team and having some awesome friends who competed there as well – training with them around some beautiful parts of Gwangju. I enjoyed meeting the lovely locals and going on a tour after I finished competing.

What were the biggest learning points from the Uni Games that you took on board to help you perform at bigger multisport competitions eg, Commonwealth Games?

Knowing what the formalities are – like the opening ceremony, getting busses to training and competition, the dining hall with an endless amount of choices.

There are people from all over the world and although you want to enjoy the atmosphere of such a big event I learnt to stick to my own routines and not be overwhelmed by it. You can enjoy the social side after and of course use the energy to give you excitement but don’t let it make you scared and focus on your plan.

Did you come back from the WUG and make any changes (eg, to your training, attitude, goal setting) as a result and in preparation for larger world events?

It gave me belief and confidence that I was competitive with the best in the world. It gave me confidence in training and the things that worked well, and it was a good experience in what tactics work for me. I went away with some big goals, some which I am still chasing.

Has attending the University Games helped you in your sporting career? If so, how?

Yes massively. Having a world title will always be extremely special to me and it has given me confidence going forward. The experience of international competition, having rounds (heat, semi and final) and wearing that NZ fern has helped me.

Has attending university helped you in your sporting career?

I really liked that balance between running and studying, as I needed some outside stimulation. 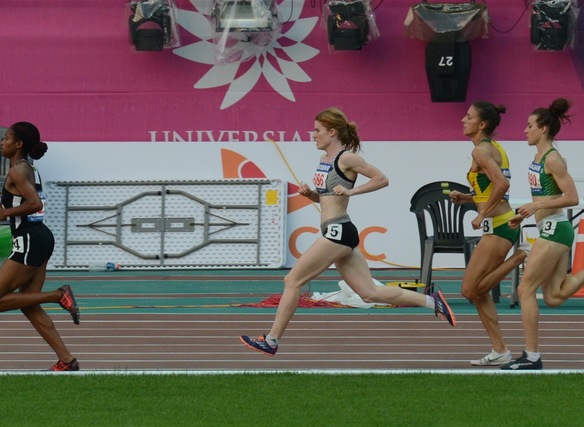 What’s your message to other aspiring student-athletes about the World Uni Games and why should they make the effort?

It is an incredible competition, the second biggest sporting event in the world only to the Olympics and is an incredible atmosphere with athletes from all around the world from all different sports. It really is an amazing event and a special honour to represent your country, something that words cannot express, something I’ll treasure forever.

How does a World University Games compare to the Commonwealth Games?

Very similar, with athletes from around the world in different sports and staying in a village. Glasgow and Gwangju were very similar in some ways; both incredible experiences. There were even more athletes in the NZ World University team.

Background notes:
The World University Games is held by FISU, the International University Sports Federation every two years. The Games, also known as the Summer Universiade, draw many thousands of student-athletes together to compete, making it one of the largest multi-sport events in the world. In 2017 in Taipei for example, 10,000+ athletes and officials took part and over 130 nations were represented.
The next Games will be held in Napoli, Italy from 3-14 July 2019. As the main affiliate to FISU, University and Tertiary Sport New Zealand (UTSNZ) facilitates New Zealand involvement in the Games.