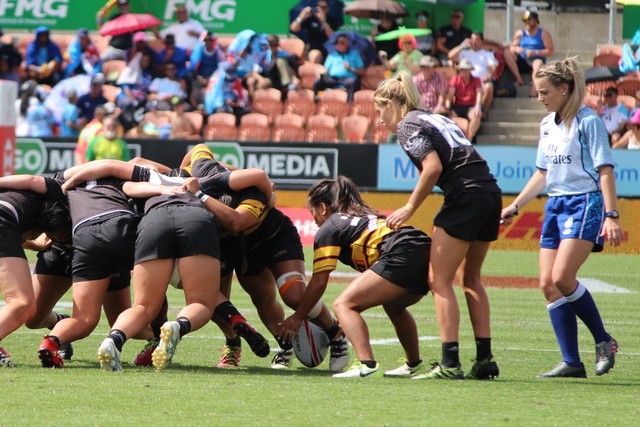 Lauren Jenner is like many third-year university students: focused on getting through her final year of study with no concrete plans as to what she will do after she completes her bachelor’s degree. Any given Saturday however, Lauren is guaranteed to be found on a rugby field donned with a whistle and fuelled by her passion for the sport.

The AUT Marketing and Management student is a top-class sevens and rugby referee and was named in New Zealand Rugby’s High-Performance Referee Wider Training Group in January; one of five women to be included in the new gender-integrated squads for 2018.

Lauren’s recent outings include officiating the February final of the UTSNZ National Tertiary Women’s Sevens Tournament which was played at the World Series in Hamilton in front of “the biggest crowd of my career so far”. The Aucklander is currently in Hong Kong refereeing the World Rugby Women’s Sevens Series Qualifiers on the 5th and 6th of April to see who will be the country to join the Black Ferns Sevens and 12 other teams in next season’s HSBC World Series.

Having played rugby for nearly 10 years and under such coaches as Black Ferns legend Emma Jensen, back injuries forced Lauren to stop at the age of just 16. Faced with a decision about her future involvement in the sport, Lauren took up refereeing starting with U15 games and switching between sevens in the summer and fifteens in the winter.

“To me it’s the second-best thing to playing. I get to do what I did at seven years old and still be involved in the game of rugby. I’m the 31st or 15th player on the field. I still get the endorphins from running out on field every Saturday, no matter if I’m refereeing an age group match or a senior representative occasion.” 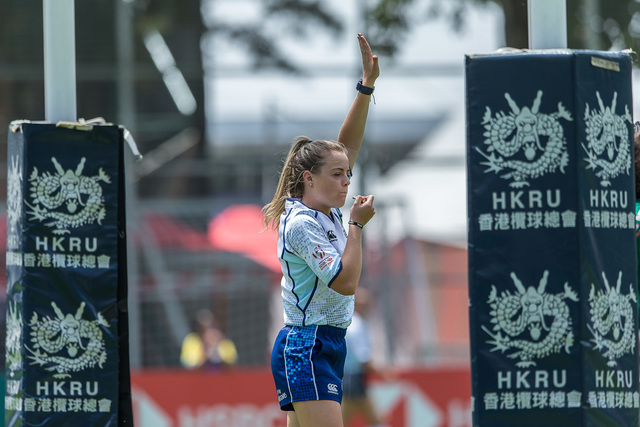 Despite it being a solo sport, Lauren feels that one of the major drawcards of rugby refereeing in New Zealand is being part of a community that is “like a family”. 15-year olds mix with 65-year olds and their experience and knowledge is a “phenomenal shared resource” she says.

Once officiating at a higher level, the perks of involvement include free international travel and accommodation. Performing with other World Series Circuit referees from all over the world in places like Dubai and Fiji is an “awesome opportunity” says Lauren, and one that has fostered friendships with other international female referees like herself.

It is not lost on Lauren that rugby is going through a period of great change now, with the development pathways and wider training resources usually available to men now open to female referees too, including the integration of high-performance squads for the first time in 2018.

“As a referee what I most want to see is more females being involved in the game. It’s exciting to see NZ Rugby changing direction. Having male and female referees being developed together will help to break down those boundaries across the board.”

As for fitting in high-performance refereeing with the everyday requirements of a university degree, Lauren has fine-tuned her time management and prioritisation skills, and has found the guidance of AUT’s High Performance Athlete Support invaluable.

“It’s very cool that officials and volunteers, which is what all but the highest referees are, are included in the high-performance athlete environment at AUT. I sit down with AUT Athlete Support and discuss what I have coming up. They help me to connect with my teachers, who are all on board. AUT have been very accommodating of my refereeing.”

Getting to this level in her sport requires a commitment which many are unaware of. Lauren spends multiple hours each week analysing videos, reviewing game plans, identifying improvement strategies and sharpening her mental and observational skills. Lauren puts herself through a few physical training sessions a week to ensure her fitness and speed is maintained. 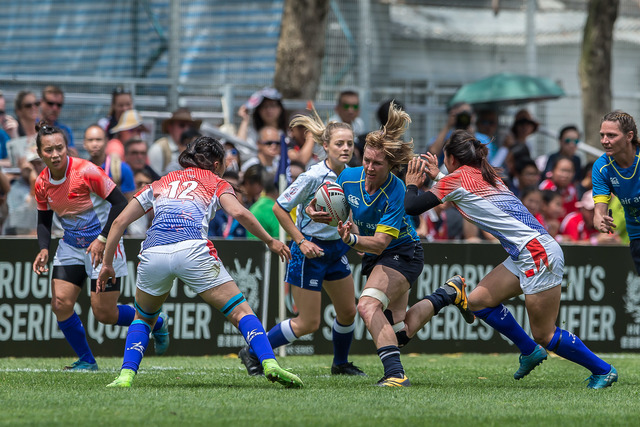 Perhaps against stereotype, Lauren is a self-confessed “relaxed and easy going” person and she thinks these traits help her to “let the game breathe”. Lauren takes this approach to goal setting too.

“I want to be the best I can be, whether at a national level or overseas. I would love to be involved in the Farah Palmer Cup again and I want to be in contention for some of the bigger world series events. My end goal though is to enjoy what I do each day.”

The World Rugby Women’s Sevens Series Qualifiers are being played in Hong Kong on the 5th and 6th of April. Teams from all over the world, including Brazil, Kenya and Papua New Guinea, will vie for the one spot in the elite HSBC World Sevens Series.
https://hksevens.com/event-info/world-rugby-womens-sevens-series-qualifier-2018