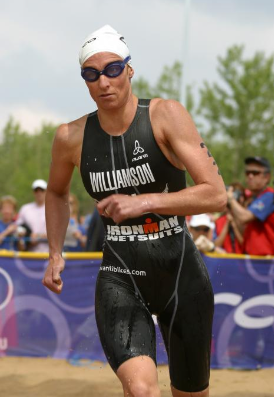 As current Team Services Co-ordinator for the New Zealand Olympic Committee, Williamson’s knowledge of what it takes to deliver a successful high performance, multi-sport Games campaign is extensive. Williamson has been involved in the delivery aspects of nine international Games campaigns during her administrative career and played a lead role in the delivery of the two previous Summer Universiades in Kazan, Russia (2013) and Gwangju, Korea (2015).

Not only does Williamson understand the Games environment from an administration and logistics perspective, she also understands the world of a high performance athlete having herself competed at the highest level for New Zealand as a competitive triathlete at the 2000 Sydney Olympics. In addition, Williamson has also competed at the 2002 Manchester Commonwealth Games and 12 elite World Championship events, with a bronze WC medal in Lausanne 1998.

This experience comes at a critical time for UTSNZ, the new university and tertiary sport entity established in 2016, as the 29th Summer Universiade will be the first under the management of the new entity.

University and Tertiary Sport New Zealand Executive Director, Sarah Anderson says, “We are very pleased to have someone of Evelyn’s experience as Chef de Mission. She understands the event, the expectations of UTSNZ in terms of performance and the challenges some athletes will face when entering into a high performance multi-sports environment for the first time.”

“We believe that with having Evelyn in this leadership position we will be better placed to maintain the high standard of service delivered to NZ’s high performing university and tertiary athletes as set by the NZOC who have managed the previous two World University Games campaigns, and we hope that the ‘handing over of the baton’ back to UTSNZ is as smooth as possible”.

From a leadership perspective, Williamson is a current Triathlon NZ Board member elected in 2016 and is part of the Aspiring Women Olympic Leaders Programme - a programme designed to assist women Olympians to develop leadership skills and assist them with leadership roles that will have an impact on Olympic sports within New Zealand.

The value of this opportunity is recognised by Williams who says, “I'm honored to be heading New Zealand's WUG campaign to Taiwan this August”.

"The World University Games gives athletes the chance to represent New Zealand, against world class competition, in an environment very similar to an Olympic or Commonwealth Games. It offers the chance to meet and share the experience with athletes, coaches, and officials from all around the world and gain an insight into how prepare for, and compete in, a competition of this size”.

“I want to capitalize on the great work that has been done over the past two Universiades, and continue building a high performance environment in this arm of University and Tertiary Sport New Zealand.  This is how we will allow our student athletes to perform to their potential at these Games, and help prepare them for a future at the very top of their chosen sport” says Williamson.

UTSNZ’s Executive Director is also delighted to be able to support Williamson in her leadership endeavours.

“Personally, I am keen to see a philosophy of learning and development underpin University and Tertiary Sport NZ, not just at the student athlete level, but in everything we do. It is fantastic therefore to be able to support Evelyn’s progression into the leadership role of Chef de Mission, building on her current skills and previous campaign experience” says Anderson.

The 2017 World University Summer Games will be held in Taipei from 19-30 August where 22 sports disciplines will be contested.

In conjunction with National Sporting Organisations, UTSNZ expects to send a delegation of 60 student athletes representing New Zealand across 10 sports.

About the Summer Universiade

The World University Games, also known as the Summer Universiade, is an international sporting and cultural festival staged every two years. It is second only to the Olympic Games in size and is a unique opportunity for the development of high performance athletes and support personnel.

In 2017, the 29th Summer Universiade will be hosted in Taipei, Chinese Taipei from the 19th – 30th August. It will involve 12 days of sports competitions and engage over 9,000 student-athletes and officials from over 170 countries.

At the last WUG in 2015 the NZ team won five medals, including one gold.  Gold was won by women’s 800m runner Angie, and Athletics superstar, Eliza McCartney won Silver in the women’s pole vault.