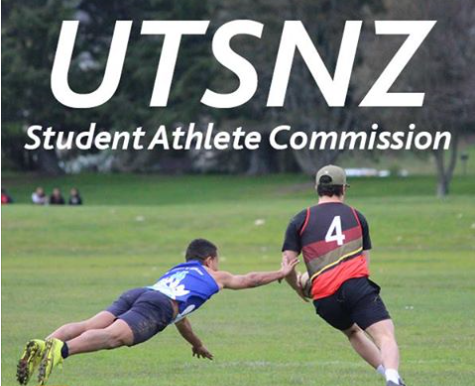 One of the key objectives of the new university and tertiary sport entity UTSNZ, is to revive competitive inter tertiary sporting competitions, lift the standard of these competitions and develop pathways to international opportunities.  At the heart of this are New Zealand’s tertiary students and increasingly in the world of sport, the athlete’s voice is being formally recognised in the governance structures of national sporting entities.

As a result, UTSNZ has recently established the first NZ Tertiary Student Athlete Commission. The Student Athlete Commission will allow the voice of the tertiary student-athlete to be effectively communicated with University and Tertiary Sport New Zealand (UTSNZ). It will provide advice to the UTSNZ Executive board about issues of student sport participation and achievement and the development of UTSNZ. The Commission will also aim to build awareness of UTSNZ and engagement of students within member tertiary organisations.

The group is currently made up of a representative from each of NZ’s eight Universities. Selections and appointments based on the student athlete’s sporting participation and achievements, standing within each of their respective tertiary institutions and the skills and attributes they will bring to the group.

Student athlete representatives are as follows:

Facilitated by UTSNZ Executive Director, Sarah Anderson, the first meeting of the group was held on the 7th of October at the High Performance Sport NZ Centre in Christchurch.

“It is fantastic to have this group of talented student athletes working together as a collective and I have no doubt that the skills, ideas and enthusiasm they bring with them is going to be invaluable to UTSNZ”.

“It is also pleasing to have this group established within UTSNZ’s first year of operation. This allowing students the opportunity to influence the direction of UTSNZ as a brand new entity and ensuring we are relevant and meeting student needs” says Sarah.

Otago University representative and elected Chair of the Student Athlete Commission Chair, Naomi Ireland agrees; "I think we are very lucky that UTSNZ has acknowledged the value of the student voice and is giving us an opportunity to have our say. We discussed lots of innovative ideas last week and I know we are looking forward to making them happen next year. I think that it is an exciting time for UTSNZ as the competition begins to rebuild and grow and we are fortunate to be a part of this development."

The Student Athlete Commission will continue to meet quarterly in 2017.